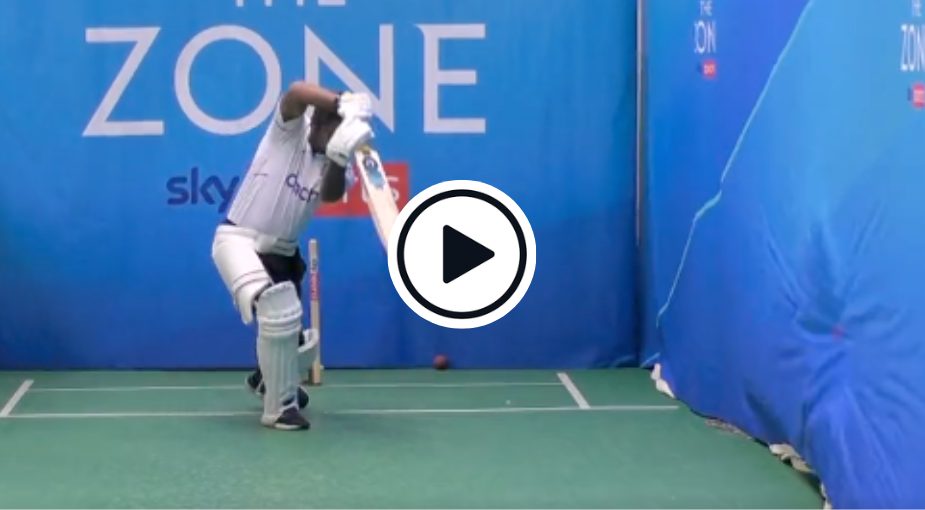 Watch: Sri Lanka great Kumar Sangakkara rolled back the years during a televised net session against a bowling machine as part of Sky Cricket‘s coverage of the ongoing England-New Zealand Test at Headingley.

During the masterclass, Sangakkara – who retired from Test cricket in 2o15 and from first-class cricket in 2017 – showed that he’s still got it in a session that focussed on how a left-hander should set up against deliveries moving away from them following Trent Boult’s first innings dismissal of Alex Lees.

Sangakkara, now 44, was immediately at ease with a bat back in his hands. He confidently defended the first delivery he face, a ball that pitched around his off stump on a good length that moved away from him.

After he dealt with the first few deliveries he faced with relative comfort, his Sky colleagues Simon Doull and Nasser Hussain implored the person operating the bowling machine to crank up both the speed and the swing of the balls sent Sangakkara’s way.

Doull, analysing Sangakkara’s batting, praised the Sri Lanka icon for the simplicity of his movements. Later in the segment, Sangakkara was fed slightly fuller balls that he was asked to drive. Again, he did so with elegance.

You can watch the masterclass below:

“Put the speed up, put the swing up!”

Kumar Sangakkara with a masterclass on how to face swing! pic.twitter.com/j2RvcwXcrH