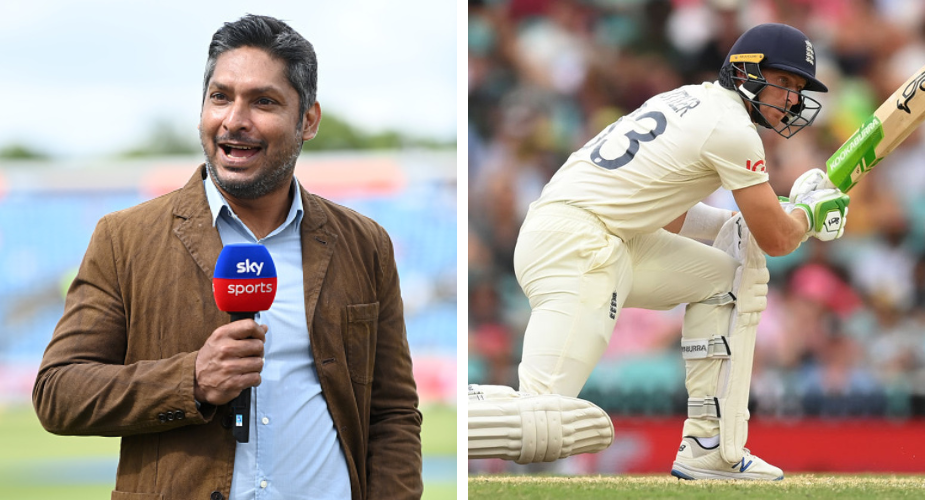 Kumar Sangakkara feels that Jos Buttler, currently in the form of his life in white-ball cricket, should be pushed to opening the innings in Tests.

Buttler, regarded as one of the cleanest hitters of the ball in the shorter formats, strikes at 121.28 in ODIs, a number that goes up to 141.16 in T20 Internationals. Since the start of 2021, Buttler has scored one hundred and fifties for England in 20-overs cricket, and averages 88.33 in ODIs with a high score of 162*. He also had a stellar 2022 IPL, where he scored 863 runs with the help of four centuries, ending with the Orange Cap.

However, Buttler, who usually bats lower down the order for England in Test matches, has not been able to translate his white-ball success into the longest format. From 2019 onwards, the 31-year-old has played 29 Tests, averaging 27.81, and had a poor 2021/22 Ashes, where he finished with scores of 39, 23, 0, 26, 3, 5*, 0 and 11. Eventually, he wasn’t selected for the following tour of West Indies or the ongoing series against New Zealand.

Sangakkara, however, believes that Buttler could be a successful Test opener, and could dominate attacks similar to Matthew Hayden and Virender Sehwag. Commentating on Sky Sports, the former Sri Lanka captain said, “I’d really look at him to open the innings in Test cricket. We’ve always talked about him batting at seven, batting with the tail. We’ve seen Sehwag, Hayden, all of them opening the innings – why not Buttler?”

Buttler has opened in a Test on only two occasions, in 2015 and 2020, scoring 4 and a duck, respectively. England’s openers average a paltry 22.23, the worst among all 11 sides who have played a Test since 2021. No opener from England has averaged more than 30 in this period.

The focus on Buttler comes on the back of England’s long-standing search for a settled opening option: Zak Crawley, identified as a long-term option, averages 27.21 from 23 Tests, has now gone 10 innings without crossing fifty in the format.

Similar to Buttler, England had selected Jason Roy, now a white-ball specialist, to open in Tests. In five Tests, Roy managed 187 runs at 18.70, and hasn’t returned to the format since September 2019.

Earlier this month, Rob Key, England’s managing director of men’s cricket, also hinted at having Buttler into their Test plans at some point, saying that he still felt the 31-year-old could be an “outstanding Test batsman-wicketkeeper”.

Quiz! Every India Player To Take A Wicket In Men's 50-Over World Cup