No Matter What He Tries, Zak Crawley’s Results Remain The Same 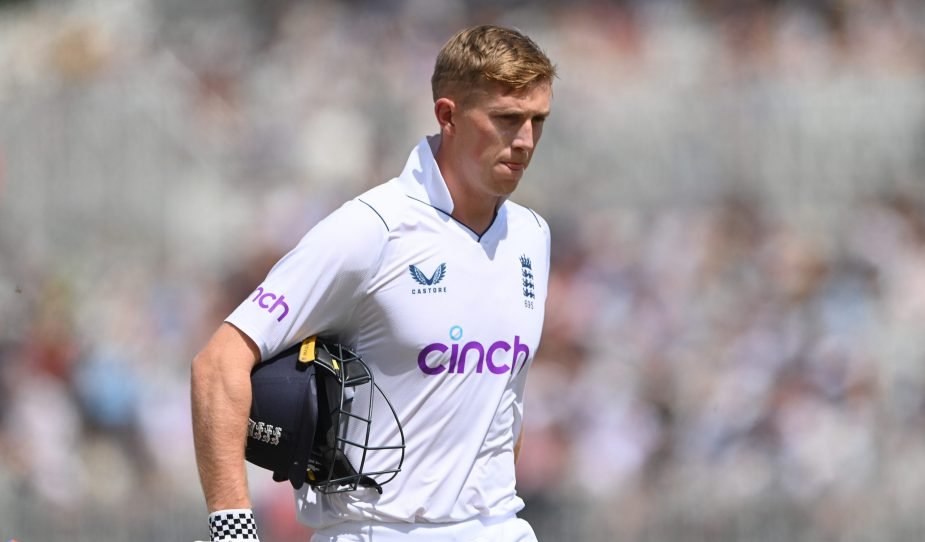 There is a concept in psychology known as “learned helplessness”. It is a condition where a person suffers from a sense of powerlessness that arises from a persistent failure to succeed. The result is a mindset that no matter what you do, what you try, or how you try it, the result will be the same. Failure.

As Zak Crawley walked to the crease for England this evening, he averaged 18 in Test cricket since the start of 2021. Against New Zealand, he averaged less than 10. And here he was, striding out to the middle to face that same opponent, with a match to win, and a career to save. Something has to be different this time.

Crawley has spent his career judged in an inverse fashion. The old cliche goes that with runs it is not how, but how many. Yet Crawley has long been judged on the quality of his runs as opposed to the quantity. A man who can belt Pat Cummins all over the Sydney Cricket Ground one month before chipping Kyle Mayers to cover the next. He is a player capable of doing the hardest things in Test cricket but not the simplest, like a concert pianist who can play Beethoven but not Baa-Baa Black Sheep.

His cover drive is both his release and his problem. Returning to it in times of need despite him knowing that often, it can do him harm. A cover driving comfort eater.

From the sixth ball of his innings, Crawley reached for the crisp packet once more and was dropped in the slips. A slap on the wrist and a telling off from Mum that he had to wait for dinner, but he had survived. From his seventh, his scattered brain led to him setting off for a non-existent run before being promptly sent back. Diving for safety and desperate to have just one more chance.

From the 12th ball his release finally came. The cover drive returned as Crawley played it with the perfection that keeps him returning to the well. As he watched on, however, rather than the ball racing to the fence it was intercepted by Kane Williamson who, from his knees, threw to the non-striker’s end and ran out Crawley’s partner Alex Lees.

From his 13th and 17th, a pair of inside edges saved him from being given lbw as Crawley’s charmed but tortured life continued. If Crawley’s outside edge has so far been the bane of his career, his inside edge was doing its best to save it.

Then from his 21st, Tim Southee beat him all ends up, the ball rushing through bat and pad to surely, finally, bring Crawley’s pain to an end. Somehow, however, the sound that followed as the ball skimmed the bails wasn’t the death rattle but the kiss of life. Wicketkeeper Tom Blundell fumbled the ball as it arrived, so shocked that it had even reached him. Crawley had been given another chance.

Cautious to the point of timidity until that point, Crawley knew that to continue along the same road was to welcome failure. A shift was needed.

And so, from the following over, he changed tack. With Trent Boult running in, he struck four boundaries in six balls. A pull shot was followed by a drive, followed by a second drive, followed by a third. What fools we were to ever doubt it. The drive isn’t Zak’s problem, it’s his solution. And all of a sudden, it had turned an innings of four off 21 balls into a hopeful start of 20 off 27.

Good then got even better, as off his 32nd ball he produced a slog sweep from the bowling of Michael Bracewell that found the fence once more. Somehow, from a position of helplessness, Crawley was reversing the momentum of the day and maybe his career.

Crawley was flying, and with his newly found confidence he chose to drive once more from his next delivery. Again, the ball went to Kane Williamson. And again, it resulted in a wicket. This time his own, as Crawley was caught.