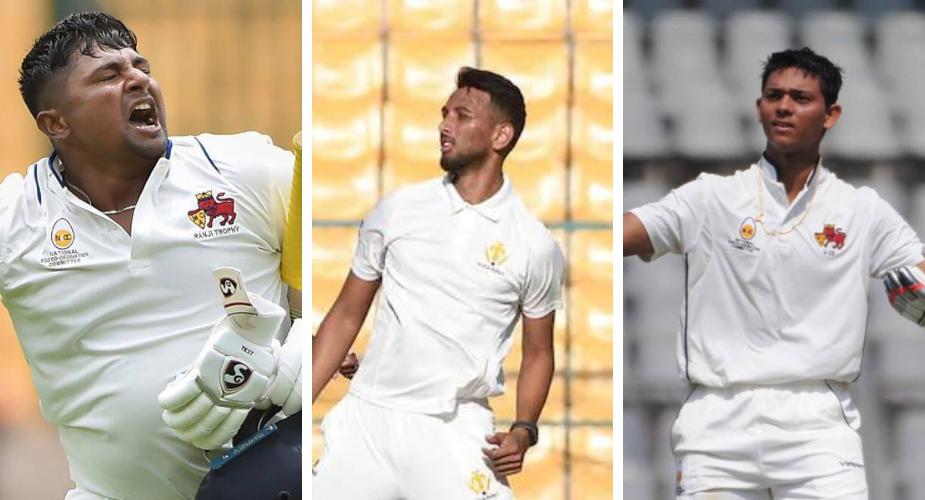 Presenting a team of the tournament for the 2021/22 Ranji Trophy, consisting of young and experienced campaigners who excelled in India’s first-class competition this season.

Madhya Pradesh won the Ranji Trophy for the first time in history after defeating Mumbai by six wickets in the final on Sunday. We list down the best XI from the edition.

Playing his first first-class tournament, the Mumbai opener displayed his ability to bat according to the situation, stringing together clutch performances in the semifinal and final. He took 54 balls to get off the strike against Uttar Pradesh even as his partner Prithvi Shaw was going all guns blazing, but raced away to 20 in 34 balls in the final to give his team a quick start.

The captain of India’s Under-19 World Cup-winning side this year, Dhull was the highest run-scorer from his side in this year’s Ranji Trophy. He scored more than a hundred runs in three of his six innings, including scoring an unbeaten double ton against Chattisgarh. He was one of eight batters to end with an average of more than 100.

Patidar, who created waves after scoring a fine hundred in the 2022 IPL playoffs, continued his form in the playoffs of the Ranji Trophy, scoring 85 in the quarterfinal, which was followed by another fifty in the semis. In the summit clash, Patidar stroked a crucial 122 off 219 balls to help his side score a convincing 536 on the board, unleashing an array of strokes at the Chinnaswamy stadium, He ended up as second-highest run-scorer in the tournament.

The 22-year-old made a world record for registering the highest score on first-class debut, making 341 against Mizoram. Gani went on to score 98 and an unbeaten 101 in the next match to end with more than 600 runs from his team. His average is the second-highest amongst all players in this season of the Ranji Trophy, and he was also the only player to register a triple ton in the edition.

The Player of the Tournament, Sarfaraz continued his stellar run in first-class cricket and broke a number of records along the way. Not only did he top the run charts, with 300 more runs than the second-placed Patidar, but he also ended with three 150-plus scores, the most by any player. The Mumbaikar currently averages 81.61 in first-class cricket, the second-highest ever, and next only to Don Bradman.

The 32-year-old had a dream run in the 2021/22 Ranji Trophy, ending as the third-highest run-scorer in the event. His average was the best by any batter, and no one else scored more hundreds than him. Bist, who formerly played for Rajasthan batted in six innings and reached triple figures on all but one occasion.

No other player scored more runs and picked up as many wickets as Ahmed this season. His temperament came to the fore in the semifinal against Madhya Pradesh, with Bengal up against MP’s first innings total of 341. Struggling at 54-5, Ahmed, struck a fine 116 off 209 balls to take his side closer to the target. He returned to pick up five wickets in the second innings, taking his tally to eight in the match, but his efforts were not enough as Bengal crashed out.

Mulani picked up six five-fors in the entire tournament, by far the most by any other bowler. No other player got more than 32 wickets this season and got more than ten wickets in a match on two separate occasions. Mulani was also an effective batter lower down the order, scoring five half-centuries in nine innings, and capped off the tournament with a five-for in the final too.

Yadav was the highest wicket-taker amongst quicks, with a strike rate of 33.1. He picked up a match haul of six wickets in the final and was the only bowler with more than 20 scalps from his team in the tournament. His incisive bowling in the first innings, including the wicket of Sarfaraz, played a big role in Madhya Pradesh keeping Mumbai under check in the final.

The right-arm seamer picked up at least three wickets in five of his six innings in the 2021/22 Ranji Trophy. No other bowler picked up more than 15 wickets and averaged lower than Teja, and his strike rate of 28.1 was the second-best among bowlers with at least 10 wickets.

A debatable pick considering Krishna played only two matches due to international commitments, but his numbers make a strong case for his inclusion. He also had the best average among bowlers with at least ten wickets and ended with a strike rate of an impressive 25.1.