Rohit Sharma’s Backup Has Been Named By The BCCI

The BCCI has put Mayank Agarwal on a flight for England and the Karnataka opener will reach the destination by later Monday. The management was forced to ask for a backup opener after Rohit Sharma tested positive for covid-19 on Saturday and has been in isolation in his hotel room since.

Mayank Agarwal Has Been Called-Up As Rohit Sharma’s Backup

India had already lost the services of the other opener, KL Rahul, who was ruled out of the England tour due to a groin injury that he suffered prior to the 5 T20I series versus South Africa and missed that series.

Now, captain and opener Rohit Sharma’s availability for the Edgbaston Test, which will start on July 1, is in doubt following his covid-19 positive result.

Agarwal available to play immediately without need for any quarantine

ESPNcricinfo has reported that Agarwal will link up with the squad upon arrival and will be available to play as there is no need for any quarantine or isolation in England now.

“As per the latest travel advisory, Agarwal will not be required to quarantine upon arrival, which will make him available to play immediately required,” the report stated.

Mayank Agarwal opened alongside Rohit Sharma during the home against Sri Lanka but could manage only 59 runs from two matches, at an average of 19.66, and was dropped for this Edgbaston Test as both KL Rahul and Shubman Gill were fit. His most recent red-ball outing was in June, for Karnataka during the Ranji Trophy quarter-final against Uttar Pradesh. 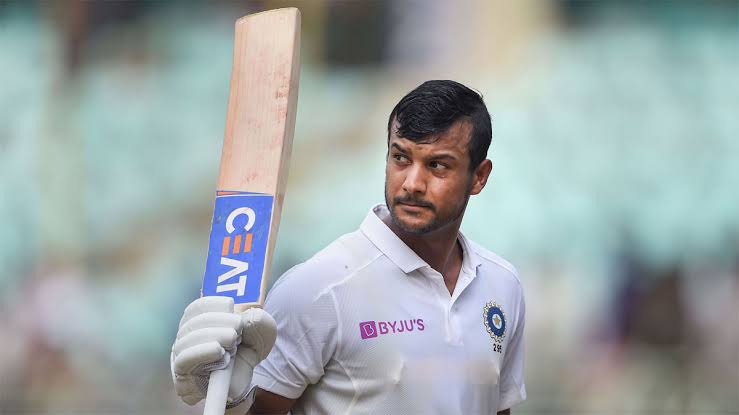 Agarwal was indeed set to open in the first Test in England last year but a concussion on the eve of the first Test ruled him out and that allowed KL Rahul to make a comeback, a chance he grabbed with both hands.

India will be concerned heavily now that Rahul is out of the Edgbaston Test and Rohit is in doubt – for they were the top two scorers for India in the 4 Tests of this series, with over 300 runs each, only behind England’s Joe Root.

India lead the series 2-1 after four Tests; the fifth Test in Manchester was postponed last year when India pulled out due to a covid-19 outbreak in their camp, and now it will be played in Birmingham.