Son of the legendary batsman Sachin Tendulkar, Arjun Tendulkar is currently in England enjoying his vacation following his time in the IPL 2022 with the Mumbai Indians. He’s been spending his leisure time with friend and England women’s cricket star Danielle Wyatt in London.

Recently, on Monday, Wyatt, who is on the bench for the Test match vs South African women, uploaded an Instagram story of having dinner with Arjun in Soho, London. This story has gone viral on the internet with fans talking much about it. 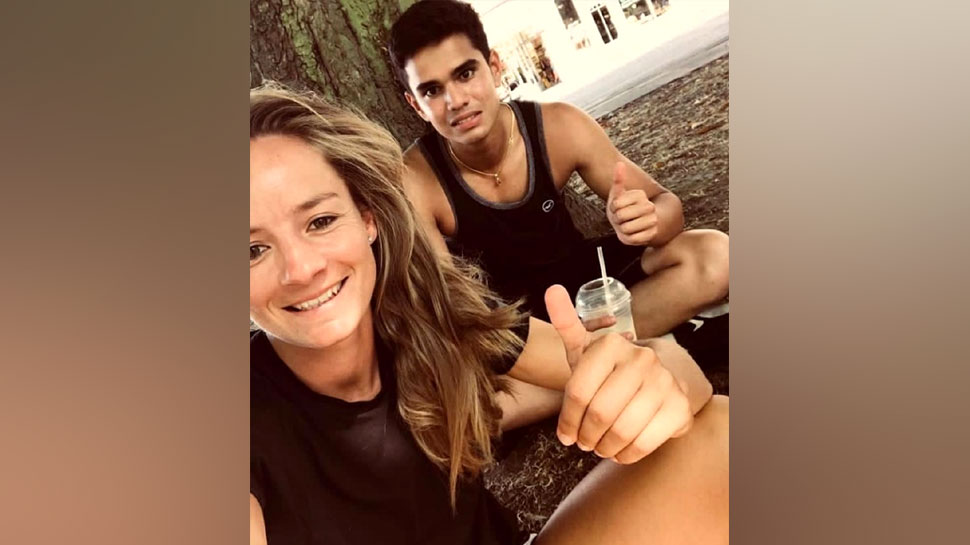 In a picture shared by Wyatt on her official Instagram handle, she tagged Arjun, who can be seen enjoying the meal and happily obliged for the click by the female England opener.

Check out the post by Danni Wyatt having dinner with Arjun:

Meanwhile Arjun Tendulkar is hanging out with Dannielle Wyatt. 🤣 pic.twitter.com/vUETNUAQRy

According to reports, Wyatt gets along well with the Tendulkar family nicely, including Sachin and shares a jovial rapport with them.

Earlier, Wyatt had revealed her first encounter with Sachin and Arjun Tendulkar when she met the Tendulkars back in 2009-10 at Lord’s Cricket ground.

She recalled that she ran into Sachin and Arjun during a net session at the Lord’s. She went to Sachin and introduced herself, and over time became friends with Arjun. At the time, Arjun was just 10 years old. The England cricketer was seen hanging out with Arjun back in 2018 as well when they were spotted having lunch at the Nando’s. Wyatt occasionally trains in the nets with Arjun, who is a pacer.

Wyatt played the practice game against South Africa Women before the start of the only Test on Monday. She scored only 8 runs in that practice match and didn’t find a place in the playing XI for the one-off Test.

Arjun, meanwhile, recently finished his IPL 2022 campaign with Mumbai Indians, his second consecutive season with the franchise, however, the left-arm seamer didn’t get his IPL debut even as MI were the first team to be eliminated from the playoff race.