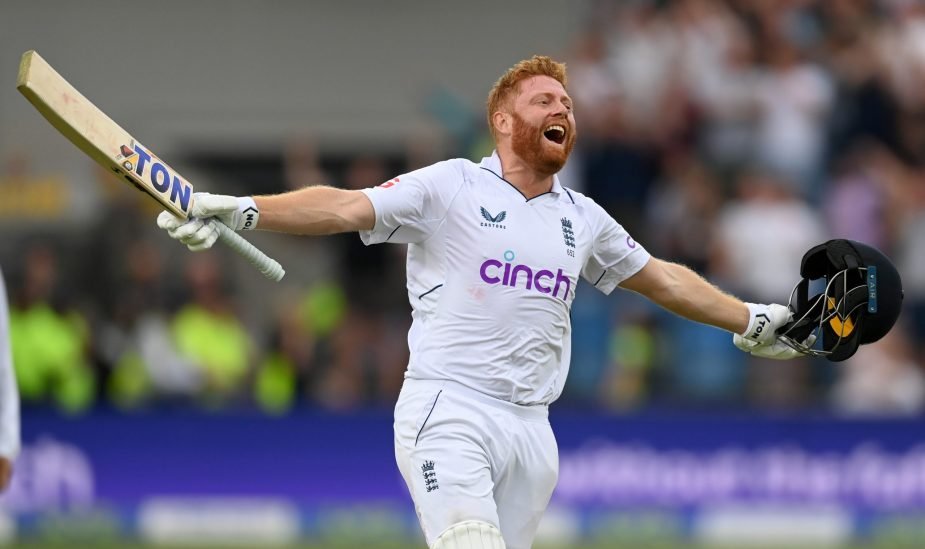 Jonny Bairstow’s latest hundred – against New Zealand at Headingley – was instantly rated as one of his best. But where does it actually rank?

Bairstow has been experiencing a magical 2022, scoring four Test centuries to take him to ten in total after a three-year run without reaching three figures. Ranking them from worst to best is a tough ask, but we had a go nonetheless.

Here’s what we came up with.

There’s no such thing as a bad century, as evidenced by Bairstow’s “worst” ton in actual fact being very good one. Arriving at the crease at 84-4, Bairstow took his side all the way to a potentially match winning first-innings total of 416 before rain forced the match to end in a draw. This was Bairstow’s third century of 2016 and remains his highest Test score.

On paper it was a routine innings victory for England as they swept aside a poor Sri Lanka side by an innings and 88 runs, but in practice they had fallen to 83-5 on the first day before Bairstow’s first century on home soil lifted them to 298. A Jimmy Anderson 10-f0r then did the rest as Sri Lanka lost all twenty wickets for just 210 runs.

Another rescue mission from Bairstow as he arrived to the crease at 94-5 and was the last man out with England reaching 307. The match ended as an enthralling draw as New Zealand managed to bat out 124 overs to save the Test. A fine innings against an excellent bowling attack, but far from his most memorable

A maiden century that came in his 22nd Test for England and almost four years after his debut, it was a moment that would’ve normally taken centre stage were it not for being played out in the shadow of Ben Stokes blasting 258 off 198 deliveries. It was a historic partnership of 399 and a historic day for both Bairstow and Stokes. In reply to England’s 629, South Africa scored 627 and the match ended as a draw.

As has so often been the case, Bairstow’s hundred here was a rescue mission for an England side falling apart. 48-4 on the first morning of the series, Bairstow scored an excellent 140 as none of his teammates managed to pass 50. The match ended in a draw, but Bairstow had saved England from facing defeat. It was also a second successive away Test match century as Bairstow’s Year of 2022 gathered pace.

A first Ashes hundred for Bairstow, who along with Dawid Malan put on over 200 for England as they posted a first innings score of 403. However, despite reaching 400, England contrived to lose by an innings as Australia posted over 600 in reply. It is the only century of Bairstow’s career to come in a losing cause, but given the quality of attack which featured all of Mitchell Starc, Josh Hazlewood and Pat Cummins charging in at the WACA, it still comes in at No.5.

It is by now the tale of the tape when it comes to Bairstow’s centuries. Again, England were in trouble. And again, he saved the day. This was Bairstow’s first century since 2018 and also one of his best as England were 36-4 in reply to Australia’s 416-8d. It had been a horrific tour for England, but Bairstow’s innings helped them save the Test match and lit the touchpaper for his rapid 2022 rise.

Bairstow had been left out of the first two Tests against Sri Lanka, and was recalled to bat at 3 in the boiling hot Colombo sun. The result was one of his best, and angriest, centuries. Batting out of position, he was the only player to reach three figures in a relatively low scoring affair as Bairstow was Player of the Match in England’s 42-run win.

A comical final day onslaught of 136 off 92 deliveries as England successfully chased 299 on the final day in just fifty overs. It was the stuff of dreams from Bairstow, who struck seven sixes and 14 fours in an afternoon of madness. It is an innings that surely would have been top, were it not for what happened just two weeks later.

The best of Bairstow’s ten centuries has to be his most recent. England were in all sorts of trouble when he arrived at the crease at 17-3 before they slumped further to 55-6, still almost 300 runs behind. Bairstow, however, launched a scarcely believable counter attack alongside Jamie Overton as the two put on 241 for the seventh wicket. At Trent Bridge, Bairstow had won the game for England with his century. But at Headingley, he had not only won it, but saved it too, as he finished on 162 off 157 deliveries to give England an impossible first innings lead and set up a famous victory.