There was a big cheer from the few-thousand fans filling in the seats at The Village stadium, Malahide in Dublin after Indian skipper Hardik Pandya announced that Sanju Samson was back in the playing eleven for the second T20I versus Ireland on Tuesday.

There was a big furore on social media when Samson didn’t get a chance in the first T20I a couple of days ago as India went with Deepak Hooda at number 3. Opener Ruturaj Gaikwad sustained a niggle and didn’t come out to bat in India’s innings, which meant a promotion for Hooda at the top and he smacked 47 runs off 29 balls in a match-winning cause.

Gaikwad didn’t fully recover in time for the second T20I and thus Samson was brought in the eleven ahead of Venkatesh Iyer and Rahul Tripathi. 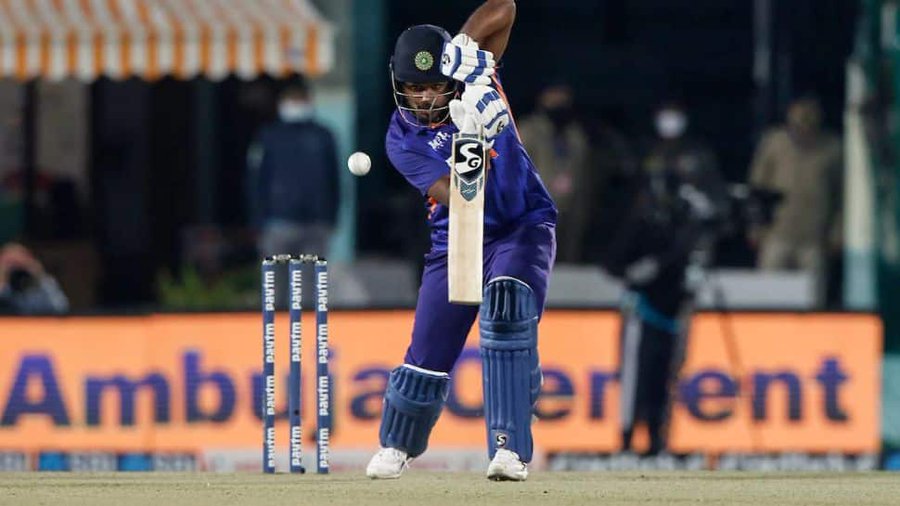 As soon as Hardik Pandya confirmed that Gaikwad had been ruled out due to his niggle and will be replaced by “Sanju”..the crowd gave a huge pop to the Rajasthan Royals skipper’s inclusion in the playing eleven. Even Pandya laughingly stated that “a lot of people liking it, I think.”

Watch from 1.05 – The fanbase for a player who has just played 14 International games. pic.twitter.com/mCFBgI7WnR

Sanju Samson played against Sri Lanka in the T20Is before the IPL 2022. During the IPL he led RR to the final and put on a good show with the bat – 458 runs in 17 matches, an average of 28, and a strike rate of 146 with two fifty-plus scores, and while his average wasn’t great, his strike rate and attacking intent right from the start of his innings was most impressive.

Despite that, Samson was dropped for the 5-T20I series against South Africa. This game versus Ireland, and if included for the England T20Is, could perhaps be the last opportunity for Samson to stake a claim for a spot in the T20 World Cup squad.