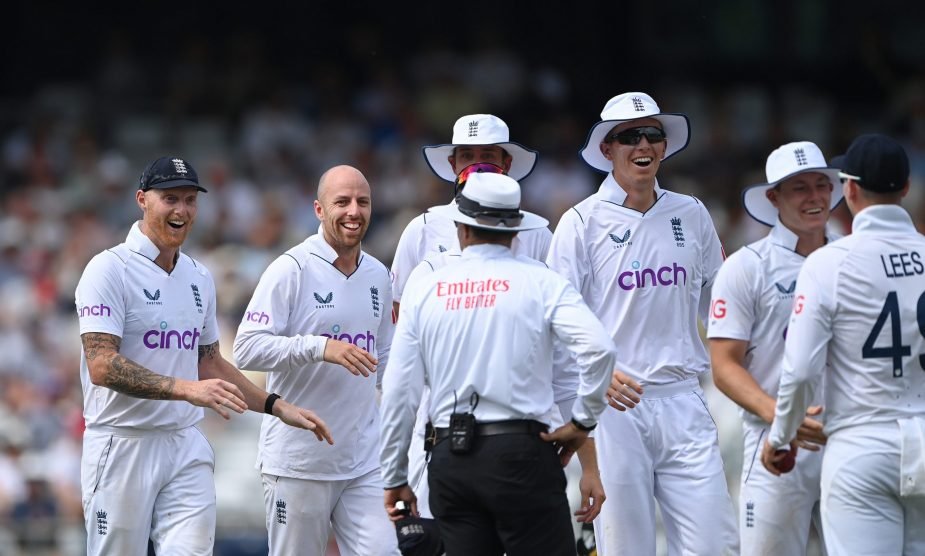 The birth of Bazball has seen us treated to some of the most entertaining days of Test cricket in recent memory. Below we list five of our favourite days from the series.

Rain delayed the start of proceedings, but for the fans that took advantage of  Headingley making the final day free entry, it was worth the wait. England had just over 100 runs to win with eight wickets in hand, but a potential wobble was in the offing when Ollie Pope lost his off-stump in the first over of the day.

From that point, any notion of a game breaking out was swiftly abandoned as Jonny Bairstow went into overdrive once more as he hammered 71 off 44 balls to remove any doubt as to the result of the game. At the other end Joe Root, who had just one day previously played one of the most outrageous shots in Test history, was left playing second fiddle, as his fantastic innings of 86 not out off 125 deliveries was demoted to second best. England romped home by seven wickets as they scored the 113 runs needed for victory in just 15.2 overs. The Bazball era had completed its perfect start.

Heading into day three at Lord’s and New Zealand were in a strong position. 236-4, with Daryl Mitchell and Tom Blundell well set at the crease, their lead was already 225.

The visitors appeared to be slowly but surely taking absolute control of the contest, but that was before England took a Stuart Broad-inspired three wickets in three balls that included the centurion Mitchell, a run-out Colin de Grandhomme and a castled Kyle Jamieson to turn the game on its head.

New Zealand were all out not long after with England set 275 to win. A target that looked wholly improbable as they slipped to 45-3, and then looked impossible as Ben Stokes was bowled by de Grandhomme with the score on 75. Except, it wasn’t to be. De Grandhomme had overstepped and Ben Stokes went on to score 54 crucial runs before Joe Root scored an unbeaten century that took England to victory on the fourth and final day.

We knew what England said they were going to do, but we didn’t know what it was going to look like. Luckily, it didn’t take long to find out. New Zealand won the toss and elected to bat, a decision they lived to regret as a super attacking England, at times with six slips in station, bowled the visitors out for 132 having been reduced to 12-4 and 45-7. But, in a fashion that only England could manage, they then proceeded to slip to 116-7 at close on the first day. Seventeen wickets in day, are you not entertained?

A day where chaos and quality combined to produce pure entertainment. New Zealand resumed the day on 225-5 and added a further 104 runs that included a Tim Southee cameo of 33 off 29 deliveries as well as seeing Daryl Mitchell go to his second ton of the series.

But the fun really began in England’s innings which included bowling and batting of the highest order. For New Zealand, Trent Boult produced one of the all-time great opening spells as he produced a beauty to remove Alex Lees before clean bowling both Ollie Pope and Zak Crawley. England were reduced to 17-3 and then 55-6 before Jonny Bairstow and Jamie Overton combined for an incredible partnership, as they put on 200 together at almost a run a ball as they both finished the day unbeaten on 108 and 88 respectively.

In one of the most jaw dropping periods of play you are ever likely to see, England chased down 299 to win in 50 overs on day five at Trent Bridge, with Jonny Bairstow the star as he scored a scarcely believable 136 off 92 balls to win the game for England. Bairstow reached three figures off 77 deliveries, missing out on tying the record for the fastest ever English Test ton by just one ball.

England had been 93-4, however Stokes and Bairstow carried England through to the tea interval. Then, needing 138 runs from the final session to win the game, Bairstow launched a series of sixes as England took 43 runs off the first three overs after tea. In total Bairstow, along with Ben Stokes, shared a partnership of 179 runs in 20.1 overs. It was T20 cricket, except it wasn’t, it was Bazball at its finest.