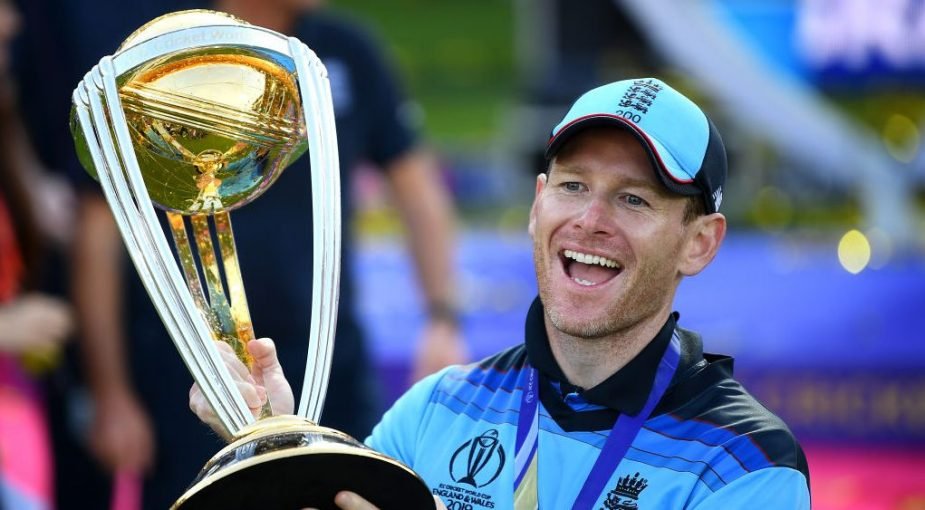 With his international retirement, Eoin Morgan brought to a close a career laden with achievements and milestones. Here’s a look back at a journey that rewrote the fortunes of an entire team.

And so, it ends. A rollicking near eight-year ride that propelled England to heights previously unchartered finishes with a quiet exit.

Morgan led England to 76 wins in ODIs – seven more than the number of games Alastair Cook, the second-most capped England men’s ODI captain, led the side in. It was a journey that officially began in 2014, but only took shape after their tumultuous 2015 World Cup campaign. The group-stage exit, at the hands of Bangladesh, galvanised the side into bringing about a revolution of fearless cricket, with Morgan at the helm of it all.

Morgan was tasked with changing the fortunes of a side still stuck in the conventional mentality of the game, some of which he’d already broken with his freewheeling batting during his first few years with England. Up until their 2015 World Cup exit, England had crossed 350 just once in ODIs. In the last seven years, they’ve done so 20 times. In that same 15-year period, England won 157 out of 342 ODIs: roughly 46 per cent of their games. Since that fateful day in Adelaide, their win percentage has stood at 65.2.

To successfully implement his brazen batting plans, Morgan found the right soldiers in the likes of Jos Buttler, Jason Roy, Joe Root, Jonny Bairstow and Ben Stokes, among others: the team batting average climbed to 37.82 under him – the second-best among all teams. For context, up until December 2014, when Morgan was named skipper, England’s overall batting average in 43 years of ODIs stood at 27.27. The combined team strike-rate of 97.60, in the last eight years, has been the highest in the world.

A revolution isn’t one without results. In May 2018, England climbed to the top of the one-day rankings, affirming their status as the world’s best white-ball side. But it was only a year and two months later that the metamorphosis was truly complete. A 44-year-old wait for the World Cup title was over: from the group-stage exit in 2015, to the trophy lift in 2019, England won 66 out of their 101 games, the joint-most by any side during that period, including a semi-final finish in the 2017 Champions Trophy.

T20Is weren’t left behind. Since the 2014 T20 World Cup, England have won 74 T20Is, the most by any side, with England winning eight out of their 12 World Cup games under Morgan. In 2016, they were one Carlos Brathwaite assault away from a title win, and cruised to the semi-finals in the 2021 edition before falling short to New Zealand. In the history of men’s T20Is, Morgan’s tally of 42 wins is the joint-highest by any captain in the format.

In all of Morgan’s success as a leader, it’s easy to forget the impact he left with the bat. The numbers might not have been as spectacular in the last two years, but he still ends with the most runs for England in ODIs (6,957), and by far, the most sixes for the country (202). Among all captains in the history of the format, only MS Dhoni, Virat Kohli and AB de Villiers scored more runs at a better average. His average of 44.03 is also the best among all England captains with at least 10 innings. Even through plenty of flux, Morgan remained a dependable presence – overall, 85 players have featured in 200 or more ODIs. Morgan is the only one to do so for England.

All good things come to an end; in Morgan’s case, the slight trough at the end takes nothing away from the brilliance of the previous half-a-decade. Morgan inducted fearlessness into English cricket, first with his batting, and then with his captaincy. His batting records will soon be eclipsed, and the captaincy numbers might be bettered as time passes, but nothing can change his place in the game as an era-defining revolutionary.