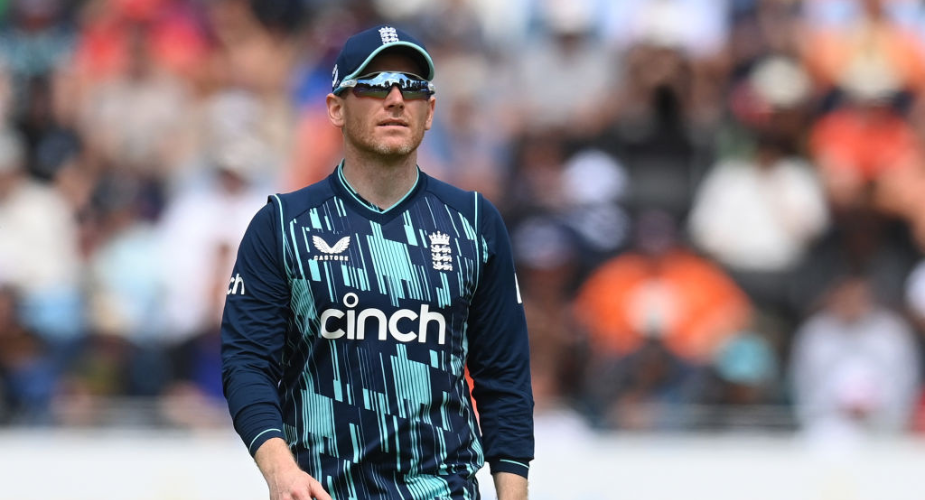 One of the finest white-ball captains, Eoin Morgan announced his international retirement on Tuesday.

Morgan first played for Ireland in the under-19 World Cup in 2004 and 2006, where he registered 606 runs across two editions. To date, Morgan is the leading run-scorer in the age-group event, with no other batter tallying more than 600 runs in the under-19 World Cup. He earned an international cap soon after, and represented Ireland in 23 ODIs, making 744 runs at an average of 35.42.

In 2009, Morgan became eligible to represent England, a switch that transformed his career. The 35-year-old was first anointed the skipper in 2011 and went on to become one of the country’s most successful captains, with 42 T20I wins from 72 outings, giving him a win percentage of 60.56. In ODIs, Morgan’s England won 76 of the 126 games, with his biggest achievement coming in 2019 when he became the first captain to lead the side to a 50-over World Cup win.

The left-hander was also a dangerous batter, ending with 7,701 ODI runs with 14 hundreds, of which 6,957 runs came for England. He also made 2,458 T20I runs at a strike rate of 136.17. Morgan ends as England’s highest run-scorer in both white-ball formats. He played 16 Tests, making 700 runs with two hundreds and three fifties.

Announcing his decision, Morgan said, “After careful deliberation and consideration, I am here to announce my retirement from international cricket with immediate effect.

“To call time on what has been without doubt the most enjoyable and rewarding chapter of my career hasn’t been an easy decision, but I believe now is the right time to do so, both for me, personally, and for both England white-ball sides I have led to this point.

“From my start in the international arena with Ireland to winning the World Cup in 2019, I have never lost sight of how integral family support is to any international sportsperson. To my Mum and Dad, my wife, Tara, and our family around the world, thank you for your unconditional support throughout the good and more challenging times in my career. Without you all, this incredible journey would not have been possible.

“I must also thank my teammates, coaches, supporters, and those behind the scenes who have made my career and any successes possible. I am hugely proud of what I have achieved as a player and captain, but the things I will cherish and remember the most are the memories I made with some of the greatest people I know along the way.

“I have been lucky enough to play in two World Cup winning teams, but I believe the future for England’s white-ball teams is brighter than ever. We have more experience, more strength and more depth than ever before. I look forward to watching on with a huge level of excitement.

“To what lies ahead for me, I will continue to enjoy playing at a domestic level while I can. I’m really looking forward to playing and captaining London Spirit in the second edition of The Hundred this year.”

Morgan’s retirement was met with a flood of appreciation as viewers honoured a leader par excellence.

The retiring Eoin Morgan’s contribution to English cricket nicely summed up by Rob Key: “It will be wrong to think Eoin’s legacy was just winning the World Cup in 2019; it is far greater than that”

Eoin Morgan retires as one of the most influential figures not only in English cricket history but the tactical history of the game full stop. His England team changed the way the white ball game has been played forever & the ramifications of that change are still being felt.

Congratulations, Eoin Morgan @Eoin16. I have admired & respected your outlook towards the game enormously.What a career & what a transformational leader. Few players have had as much of an impact on the white ball game as you have. Well done, hopefully our paths continue to cross

We are so lucky to have @Eoin16 play for and captain England. Your mentality changed our game and gave us belief to be the best/take the sport to another level. Incredible leadership that so many people could learn from. Thanks for everything

Huge congratulations to @Eoin16 on his incredible international cricketing career. Unrivalled leadership and a strong sense of how turn @ECB_cricket into the colossal team they are now.

Eoin Morgan, well played. He knew he wasn’t pulling his weight as batsman of a team wanting to win two World Cups in next 18 months. As captain he could have carried on till October’s World Cup T-20 but he rather stepped aside, consigning his own ambitions to the bin @Eoin16

I worked with Eoin Morgan many times during the 2019 World Cup.

He was professional, efficient and respectful every time.

What he did with England is nothing short of revolutionary – incredible leader & an exciting batter.

Nothing but absolute respect for him

Most hundreds for England in ODI format:

This stat is enough to show how much England has progressed in ODI format.