Madhya Pradesh’s Head Coach Revealed Why He Rejected The Offer Of Shah Rukh Khan: Chandrakant  Pandit is the name on everyone’s lips after the 60-year-old guided Madhya Pradesh to their maiden Ranji title, defeating Ranji powerhouse, the 41-time champions, Mumbai, in the final at the M. Chinnaswamy Stadium. 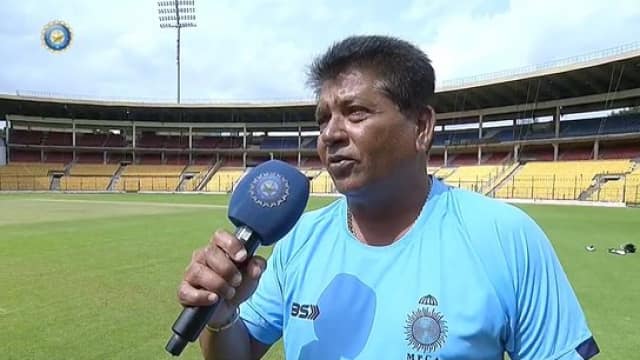 “Every trophy gives you satisfaction but this is really special because 23 years back, I being the captain I couldn’t do it but today I’m very proud about Aditya [Shrivastava] that he has done it. I always felt I left back something to give to Madhya Pradesh and that was one of the reasons I was a little more excited and emotional about it to get that trophy back to Madhya Pradesh,” the MP head coach explained.

For all his success as a domestic coach, Pandit never coached in the IPL and stuck to domestic cricket.

Later on, Pandit, who played 5 Tests and 36 ODIs for India as a keeper-batsman, revealed that he had been previously offered an IPL coaching job – when before the IPL 2012 season, Kolkata Knight Riders (KKR) had asked him to take up the role but he turned down their offer.

Pandit even disclosed that KKR co-owner and Bollywood mega-star Shah Rukh Khan had also insisted on him, but he rejected his offer only for one reason: he didn’t want to work under a foreign coach!

“I met Mr Shah Rukh Khan back then but somehow I couldn’t bring myself to work under a foreign coach,” Pandit said, as quoted by news agency PTI.