Marks Out Of 10: India Player Ratings For Their 2-0 T20I Series Win Over Ireland 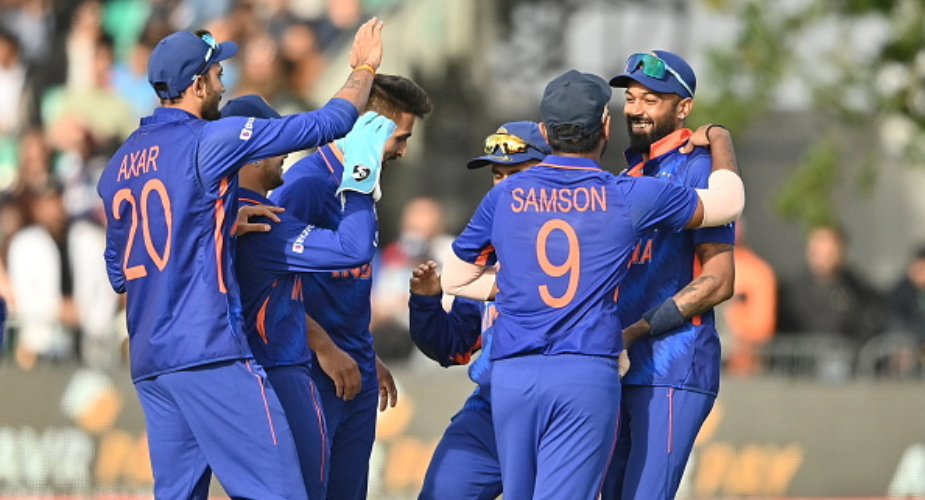 India won a closely fought T20I series 2-0 against Ireland under the leadership of Hardik Pandya, who was leading the international side for the first time.

Here are the player ratings for the 14 players India fielded.

The left-hander struggled for runs in the two matches but did not consume deliveries at the crease. His 11-ball 26 in the first match showed the aggressive intent of the Mumbai Indians batter even in conditions that had ample movement on offer.

Hooda opened the batting for India for the first time in the opening T20I and stroked an unbeaten 47 to guide his team home. He came out all guns blazing in the second match, becoming only the fourth India batter to score a ton in the format, deservedly ending with the Player of the Series award.

Samson played only one game but used the opportunity to display why he is one of the finest batters from India in the format. He combined well with Hooda in the second game, stitching together 176 runs for the second wicket, the highest India stand for any wicket in men’s T20Is.

Captaining India for the first time, Hardik was on his toes throughout with clever bowling changes. He took on the duty with the new ball in the first T20I, and also scored crucial cameos in both matches. His backing of the young Umran Malik, who was asked to bowl the final over on Tuesday despite being expensive in the game, deserves credit.

Suryakumar was out for a first-ball duck in the first match, a game that marked his return from injury. He was unable to do much in the next game as well.

The wicketkeeper was out for a first-ball zero in the second match, unable to hang around as India lost a few quick wickets. By the time he walked out in the first T20I, the match had been all but sealed.

Despite not picking up a single wicket, Axar was the most economical bowler in the second T20I, going at six runs an over. No other player from India had an economy rate of less than nine.

The quick replaced Avesh Khan for the second game but was unable to leave much of a mark. He was the most expensive bowler for India, conceding 54 runs from his four overs.

Kumar was India’s highest wicket-taker in the series. Though he conceded 46 runs in the second T20I, he was accurate in the first game to emerge as a strong candidate to make India’s T20 World Cup squad.

Not enough to judge Avesh with, considering he just bowled two overs in the entire series, before making way for Harshal on Tuesday.

The spinner played just the first game and won the Player of the Match award for his tight bowling. He fought the tough conditions and troubled the rivals with his variations to continue his fine run in the shortest format.

Bishnoi replaced Chahal in the XI for the second game but was unable to bowl consistently, sending down a number of loose deliveries, and ending with expensive figures.

All eyes were on the speedster, who was at his fastest best in the series. However, he was taken apart for runs, and he needs to improve in a lot of areas. He gets an additional point for keeping his nerve in the last over on Tuesday while defending 16.

*Ruturaj Gaikwad: The opener was injured in the first T20I and did not bat or bowl in the entire series.