From Pollock To Cummins – How Have Fast-Bowling Test Captains Fared This Century? 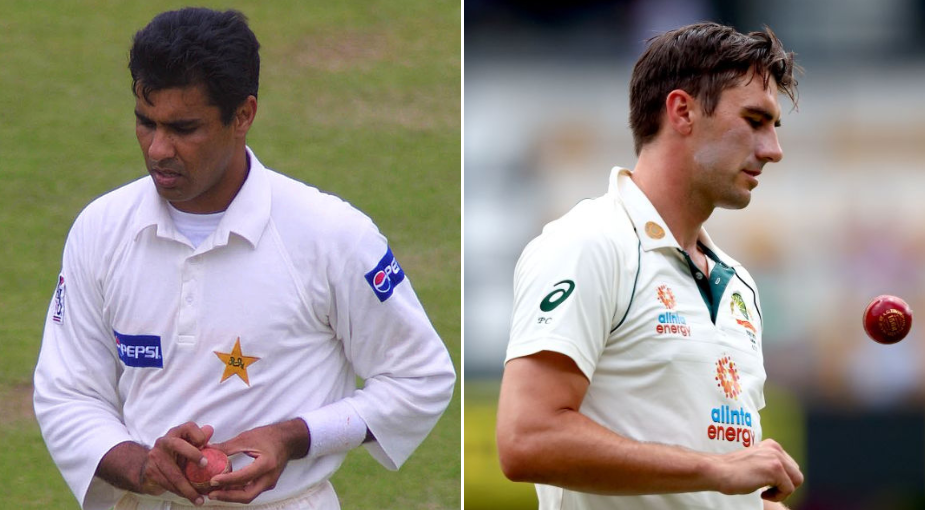 Jasprit Bumrah is all set to become India’s 36th men’s Test captain, and the first seamer since Kapil Dev in 1987 to receive the honour.

Given how strenuous fast bowling in Test cricket is, it’s rare for quicks to be given the leadership role, even more so in recent times when workload management has become a increasingly well-respected aspect of the sport.

The following fast bowlers, though, managed to balance fast bowling and captaincy with varying levels of success in the 21st century:

Pollock took over at a time when South African cricket was in serious turmoil: Hansie Cronje’s departure in the wake of the match-fixing scandal forced a rejig, and Pollock, their star all-rounder, filled in. The stint was decent; Pollock led the side to 14 wins in 26 Tests (five losses, seven draws), winning home series against New Zealand, Sri Lanka (twice), India, Bangladesh and Pakistan. They lost just one series out of eight and that was to Australia who were almost invincible during that era.

What stood out was Pollock’s own brilliance with the ball – he claimed over a hundred wickets, averaging 21.36, two units below his career average. His batting average stood at an impressive 41.58, the period including both his Test hundreds. South Africa, though, decided to go towards Graeme Smith after their disappointing 2003 World Cup campaign.

In the early 2000s, Streak was the one-stop solution for every Zimbabwe problem: he would lead the attack, contribute with the bat, and also captain the side. In Tests, Zimbabwe were still a notch below the top teams, and his 21 Tests as skipper only resulted in four wins. The win percentage is still the highest among all captains from his country with at least five Tests at the helm.

With the ball, Streak’s numbers strained a bit under captaincy load, averaging 34.80 compared to his career number of 28.14. The batting, however, shone through, averaging 36.17 including seven fifties and his maiden hundred.

Waqar captained Pakistan in a one-off game in 1993, but we’ll keep the conversation to his 16-Test stint in the 2000s. Pakistan won nine out of those games (seven losses, no draws). It included series wins against Bangladesh (away), West Indies (neutral), New Zealand (home), and Zimbabwe (away). Despite concerns over his long-standing fitness troubles, and whether the additional load would be difficult to manage, Waqar’s own numbers weren’t too far from his career average. Like Pollock, though, his captaincy tenure came to an end after the 2003 World Cup.

The irrepressible all-rounder was sensational on his day, be it with ball or bat. Despite injuries constantly lingering in the background, Flintoff pushed through to play 79 Tests, leading England in 11 of those. What began in India in 2006, in the absence of Michael Vaughan and Marcus Trescothick, continued through the Sri Lanka home series, and the torrid 2006/07 Ashes, which ended in a 5-0 whitewash. Flintoff’s bowling average as captain was a tad higher than his career average.

At a time when the West Indies team was going through a period of transition, Sammy led the side competitively, even though Test success didn’t come easy. West Indies won eight out of the 30 Tests he led them in, losing 12 and drawing two. It included series wins against Bangladesh (twice), New Zealand and Zimbabwe; Sammy’s own bowling numbers, though, weren’t as good as his overall career figures.

It’s not easy carrying the triple load of bowling, batting and captaincy, even for someone with shoulders as broad as Holder’s. He did so commendably: in fact, his numbers are marginally better when he had the captain’s armband on. He also bowled a whopping 1,053 overs, the most by a fast-bowling captain this century. West Indies won 11 out of 37 Tests under him (21 losses, five draws), including series wins against Bangladesh, England, Afghanistan and Zimbabwe. A journey that began in 2015 with him becoming West Indies’ youngest skipper, ended with him being sacked in January last year.

Lakmal took up the role, albeit briefly, first filling in in the absence of the suspended Dinesh Chandimal against West Indies in 2018, and continuing in the role against South Africa and England later that year. His wickets column dried up though, and while the bowling average was considerably better than his overall numbers, he remained wicketless in four out of his last five innings. The spinners took up the bulk of the work, but he still bowled the most among quicks in the team. Sri Lanka won three out of the five Tests (two losses).

Australia’s current leader, Cummins has been exceptional in the role, both as a skipper and bowler. It began with a 4-0 whitewash of England in the Ashes, where Cummins was the highest wicket-taker, picking up 21 scalps at 18.05. That brilliance continued in Pakistan, where Cummins topped the charts again, snaring a further 12 wickets. Under his captaincy, Australia are currently unbeaten, winning four and drawing three.

How Can India Combat England's Bazball At Edgbaston?