Umran Malik Revealed What Hardik Pandya Told Him In Last Over

Playing only in his second T20 Internationa, Umran Malik was tasked to defend 17 runs against the rampant Irish pair of George Dockrell and Mark Adair as Ireland looked to chase a record target of 226.

He had a great star – a dot – as Malik’s extra pace wasn’t handled by Adair; on the second ball, once again the batter missed his swipe as the ball fizzed past him, but Malik had overstepped. There began some nervousness in the youngster as he dished out a full ball on the free hit which was slapped for four and then an erratic short ball outside off stump that ran for another four over short third-man.

A single on the fourth ball left Malik 7 in the bank to defend against the belligerent Dockrell. Malik bowled his best ball of the over – a fast yorker which Dockrell couldn’t even lay bat to but the batters managed to sneak in a bye off Kishan. Malik closed out the game calmly as his short ball was taken only for a single.

This will help his confidence a lot as he had been thumped around for 54 runs in his 4 overs across the two matches.

Umran Malik reveals Hardik Pandya’s advice in the last over

Captain Hardik Pandya was constantly seen chatting with Umran during that last over. Speaking to BCCI.tv, the 22-year-old speedster revealed that he wanted to bowl the length delivery in that over and was backed to do so by his skipper.

“Today we won the series. Today we needed to defend 17 runs in the last over and I did it and it felt good. My mindset was that I would go with the length ball wide of off stump. Hardik bhai then told me to continue with the length ball, but the second one was a no ball.

“When the equation was 8 off 3, Hardik came to me and said that if you can bowl two dot balls, we can win. So that is what happened. They could manage three runs in the last three balls and we won the match. Thankful to Hardik bhai for showing faith in me,” Malik said. 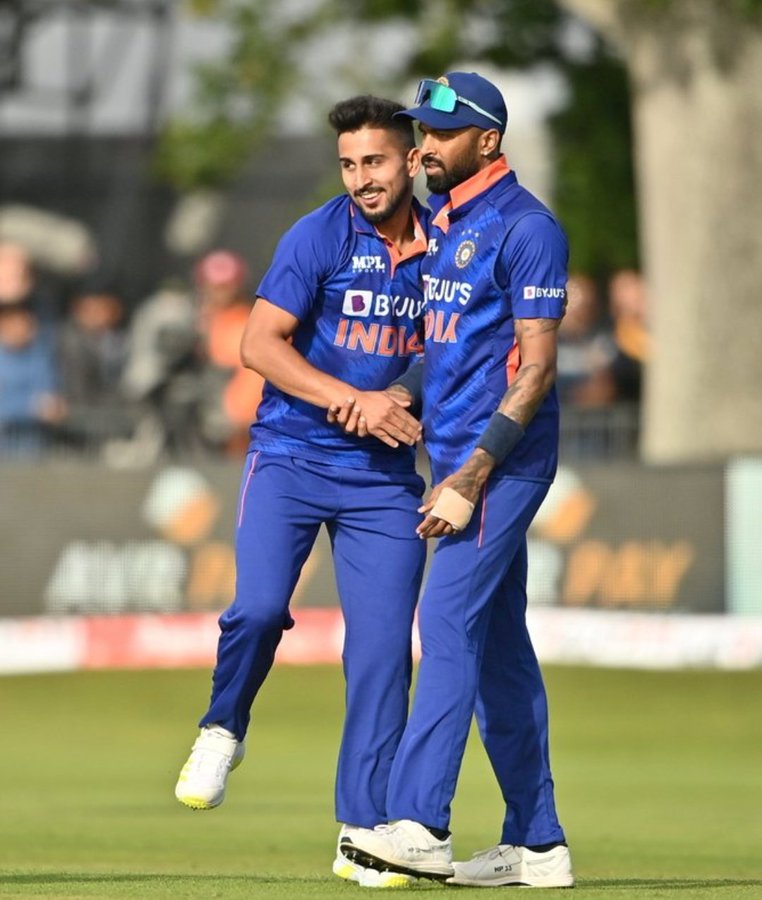 Following the series triumph, Hardik explained that Malik’s extreme pace – he touched 151 during the game – was the driving force in him handing the youngster the ball for the last over.

“I was trying to keep all the pressure out of my equation. I wanted to be in the present and I backed Umran. He has pace, with his pace it’s always going to be tough to get 18 runs. They played some amazing shots, they batted very well, credit to them and credit to our bowlers for holding their nerves,” Pandya said in the post-match presentation.

Also Read: 5 Cricketers Who Were A Part Of The IPL Winning Squad But Didn’t Play A Single Game