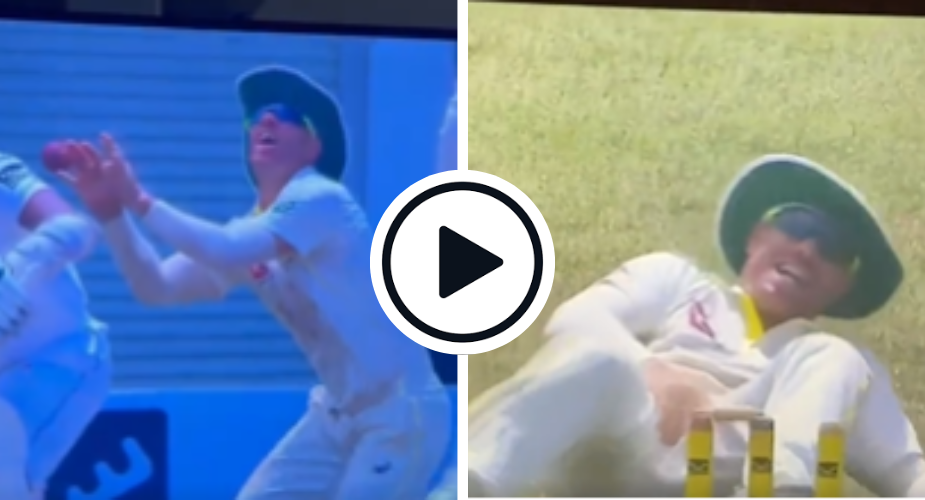 Watch: David Warner, stationed at leg slip, was hit in the groin by a flying bail after Travis Head clean bowled Jeffrey Vandersay during the first Sri Lanka-Australia Test, sparking amused reactions from his and his Australia teammates.

Head was the star of the show in Sri Lanka’s second innings, finishing with figures of 2.5-0-10-4 as the hosts were shot out for 113. There was a moment of humour amid the clinical showing when the Australia all-rounder clean bowled Vandersay. Head’s off-break delivery on the first ball of the 23rd over turned in and snuck past the batter’s inside edge, going on to dismantle the leg-stump bail, and as Warner attempted to grab onto the ball, he failed to spot the piece of timber heading straight towards his midriff.

He went down in pain immediately even as his teammates saw the funny side, sharing a laugh while celebrating the dismissal. The left-hander later shared a clip of the incident on Twitter, with the caption, “Oh dear, well bowled Heady but my Jatz cracker.” Marnus Labuschagne too enquired about the health of his teammate after the game, asking “How are we feeling?” with three laughing emojis.

Australia won the Test in just over two days, with the second match scheduled to begin on July 8.

Watch David Warner hit in the nuts by the bail here: