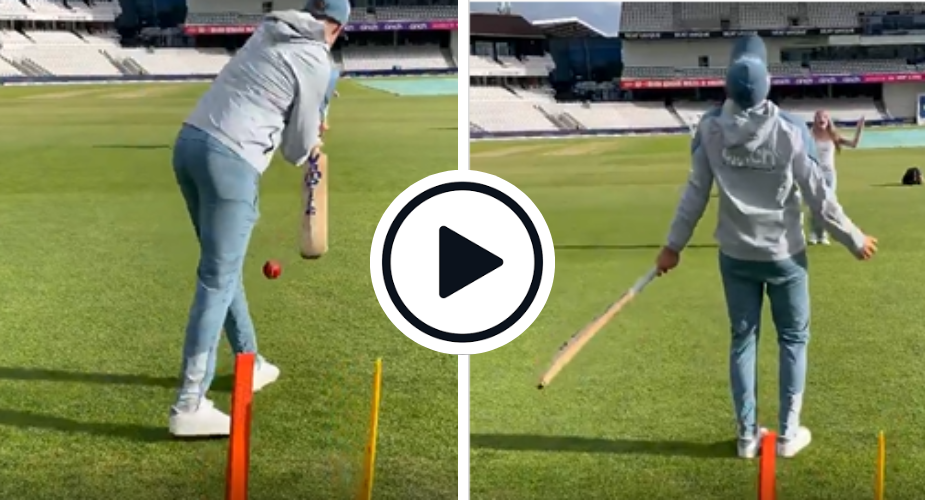 Watch: Joe Root, the most prolific Test batter in the world since the start of 2021, was clean bowled by Paul Collingwood’s daughter in a casual game on the Headingley outfield, much to the amusement of those involved.

Root has been a thorn in the sides of bowlers around the world, scoring 2,462 runs since the start of 2021, with 10 hundreds and five fifties. He was also amongst the runs in the recent home series against New Zealand, making 396 runs at an average of 99, with two centuries and a half-century in six innings.

Even as bowlers worldwide struggle to find answers for Root, Collingwood’s daughter Keira showed them the way, dismissing the former England skipper with an inswinging delivery that rattled the make-shift stumps behind him.

In a video posted by Collingwood, who is part of the England coaching set-up, Keira can be seen bowling with her full run-up before breaking into jubilation following her prized wicket. Root is left stunned by the dismissal, breaking into laughter, before proceeding to offer a high-five.

Collingwood later called it an “inspirational moment” for his daughter, who was suddenly inclined to play cricket again after she got the wicket of the current No.1 batter in the ICC Test Rankings.

IND vs ENG: James Anderson Reacts To The News Of Rohit Sharma Not Playing In 5th Test