Watch Rishabh Pant Bat And Try Not To Smile 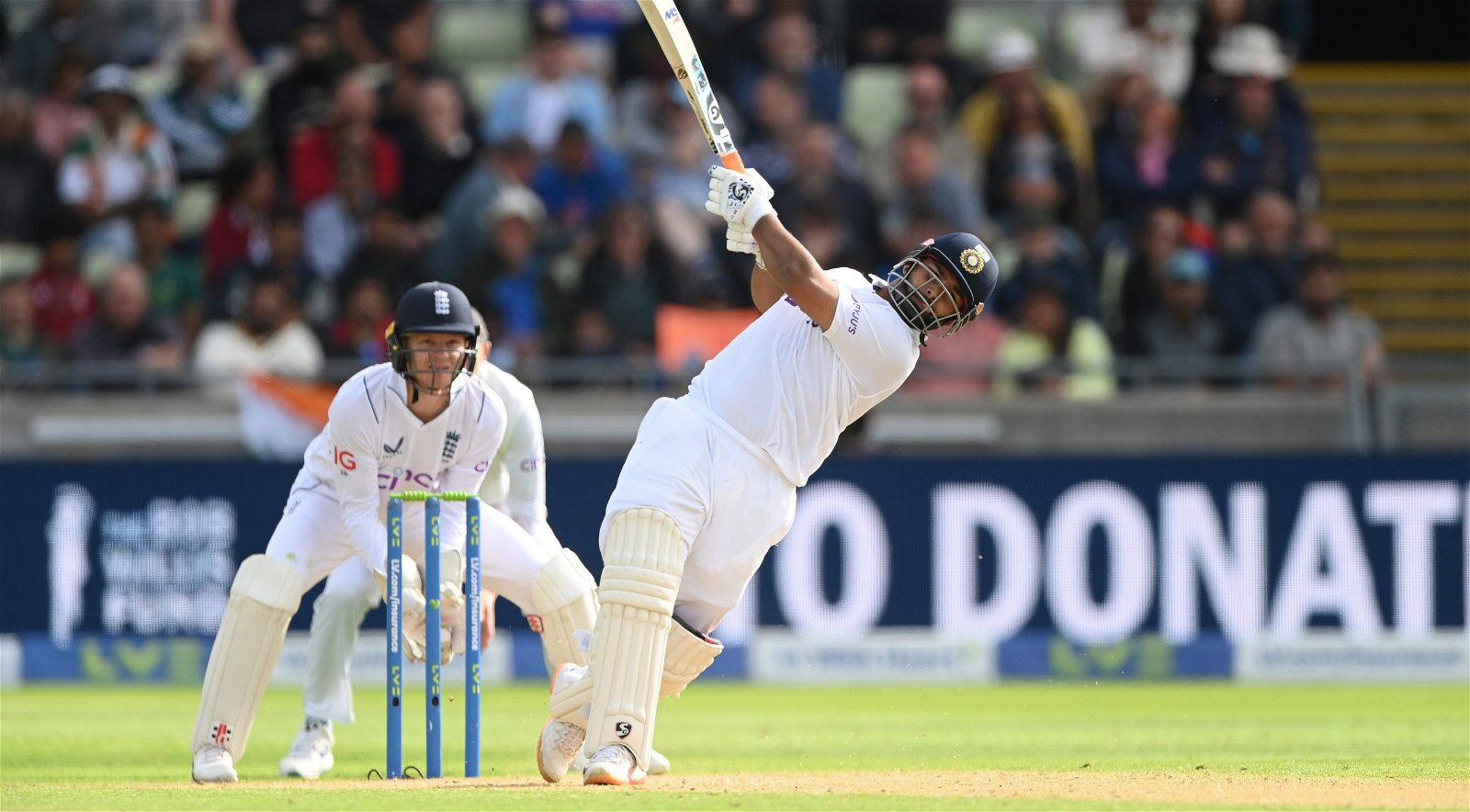 All the talk about how England have redefined the Test game can be put to bed with one name: Rishabh Pant.

White-ball strokes against new-red-ball masters? Ticked off and then some, reverse-lapping James Anderson on an Ahmedabad dust-bowl. Big chases in time-pressured situations? Let’s go back to the Gabba, 2021, and a rambunctious, unbeaten 89 to seal one of the great Test series wins, 329 chased down in just over a day’s play. And the intangible element of Baz-ball, the entertainment factor that has for so long been missing from England’s Test cricket? Well that’s Pant to a tee, a cricketer who looks like every decision is made with one thing in mind: how can I have the most fun possible at this exact moment?

His desire to show that he’s different, that there’s never been another quite like him, would be his undoing if he weren’t so good. Whenever he gets close to a century, you can see him ticking, desperate to get to the landmark as quickly as possible or die trying, lest anyone should think he actually cares about anything as mundane as a Test hundred. He swung himself, quite literally, off his feet smashing Jack Leach to move to 96, and then fell trying to move from 140 to 150 in two blows. India had been 98-5, and he took them past 300, his own contribution reading 146 off 111. A Test epic, having faced fewer balls than a team’s T20 innings.

Edgbaston had witnessed a Pant special, and yet it still might not rank among his top three innings. There’s the Gabba, of course. His century earlier this year on a spitting Cape Town track was quite something – 100 not out out of 198, next highest score, 29. He’s made a big fourth-innings ton at The Oval. He’s sealed India’s first-ever series win in Australia. Every day out is a day to remember. Every hundred so far, and that Gabba classic, has come in the last game of the series, and all but one with the result still on the line.

There were other cast members who impressed. James Anderson and Matthew Potts, the master and the apprentice, carved open India’s top order. Sam Billings chatted and leapt behind the stumps. And Ravindra Jadeja put his IPL struggles to bed, having been made MS Dhoni’s successor as Chennai Super Kings captain only to be succeeded by MS Dhoni as Chennai Super Kings captain. Capable of matching Pant stroke for stroke, he instead played the foil to perfection, resisting the appeal of trying to smash England from both ends. And yet when Pant gets going, everything else falls away. He’s not just the main story, he’s the whole book.

Unravelling Pant is a joy in itself, because while he is exhilarating, he’s also calculating, a player who rises to the moment and understands its demands. His demolition of Jack Leach was red-hot and ice-cold all at once. You could sense he wanted to take him down dearly – he’d done so before, and the left-arm spinner turning it into him is the kind of match-up no T20 captain would go near – but it was also a smart course of action. Ben Stokes was forced to turn to Plan B – himself – and Plan C – Joe Root – and by the time the latter broke through, the day had been wrested India’s way.

Then there are the times when it is genuinely hard to see the thinking behind Pant’s moves, when it really does seem as if he’s given in to the devil on his shoulder, chirping away as constantly as Pant himself does behind the stumps. How else to explain not just the attempted reverse-lap repeat off Anderson, but the air-shot slog-sweep a ball later, trying to hit the quintessential Anderson delivery – just outside off, a hint of movement, right on that questioning length – out of Edgbaston? You can almost understand why some India fans are sceptical of him, wondering if he might just employ five per cent more caution and enjoy a vast uptick in results. Then you remind yourself of his litany of masterworks, realise that his record stacks up against the very best, and understand that this is Pant at his peak, for better or, rarely, for worse.

The numbers, now, make a compelling case by themselves. The only visiting wicketkeeper, from anywhere, with two hundreds in England. More hundreds outside Asia than every other India Test keeper combined. A run shy of AB de Villiers’ tally as a Test keeper, and half a run short of Les Ames’ average. Should he top both, only Adam Gilchrist and Andy Flower will stand ahead of him on the dual counts.

But the stats also tell so little of the story. Watch Pant bat for half an hour, and try not to smile. When you fail, you’ll realise his true glory.