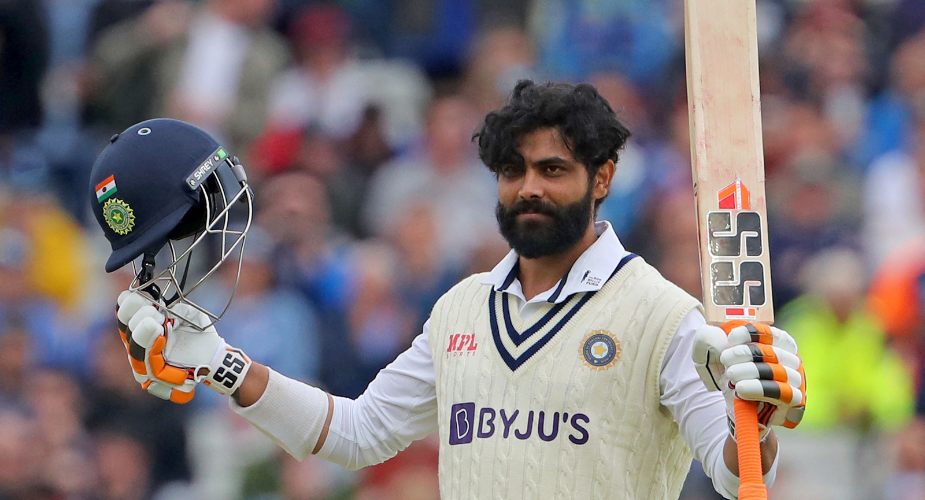 Ravindra Jadeja scored a sumptuous hundred at Edgbaston, silencing those who doubted his overseas record. His elevation in status as a world-class Test batter – not just an all-rounder – shouldn’t be a surprise to anyone anymore, writes Shashwat Kumar.

Almost a decade ago, when Jadeja made his Test debut as a precocious youngster against England at Nagpur, there was considerable hype. That season, he had scored truckloads of runs in the domestic circuit. When he made his Test bow, though, he was primarily used as a front-line spinner.

At that juncture, Jadeja was the only cricketer to have scored three triple hundreds in the Ranji Trophy. But because he was so good with the ball, and was only intermittently successful with the bat in international cricket, he was perceived as a bowler who could bat and contribute handy runs lower down the order.

In Test cricket, that potential surfaced often enough to remind people of what he was capable of. A prime example was the onslaught at Lord’s in 2014. Not only did he counter-attack, he ensured India put up a fourth-innings total that they would ultimately defend. However, those knocks were not particularly regular, meaning that the narrative around him didn’t particularly change.

Jadeja almost always batted as if he didn’t have the time or the technique to outlast bowlers of international class. Over the past few years, though, Jadeja has done everything to ensure that that is no longer the case. He has scored runs for India. He has scored them in difficult circumstances, and he has scored them with the sort of composure and maturity associated with a world-class batter.

Since the start of 2018, Jadeja has the second-highest average of any Indian batter to have scored a minimum of 500 runs in Tests. Only Rohit Sharma has a better corresponding tally. Jadeja’s strike-rate in Test cricket during this period is 55.79, which is lower than his career strike rate of 59.78, hinting that he is more content to bat with more patience in this phase of his career.

When talking about runs at No.6 and 7, Jadeja’s numbers are unrivalled. During this period, he has scored 948 runs from those positions. He averages 55.76, which is the best of any batter to have scored a minimum of 500 runs in those slots. Babar Azam, who stands second in the list, averages 47.81, indicating how special Jadeja has been for India.

The all-rounder also has the seventh-best average (minimum 500 runs scored) among all middle-order batters (Nos 4-7) in Test cricket since the start of 2018. Of those above him, only Babar, Angelo Matthews and Joe Root have more fifty-plus scores than Jadeja (three centuries and six fifties).

At Edgbaston, Jadeja gave a perfect exhibition of the changes he has implemented. India found themselves in all sorts of trouble at 98-5. James Anderson had the ball on a string and Matthew Potts was impeccable with his lines and lengths. So much rested on Jadeja and Rishabh Pant, and the pair delivered in grand fashion.

While Pant understandably hogged the limelight for his audacious stroke-play, Jadeja was his serene self at the other end. It’s very difficult to curb the temptation to match Pant shot for shot, especially if you are as gifted a stroke-maker as Jadeja. But he left deliveries outside off stump confidently. He rarely poked at balls away from his body and whenever the bowlers ventured into his half, he was brutal.

He was also excellent against Stuart Broad who boasts an excellent recent record against left-handers in Test cricket. At Edgbaston, though, Jadeja lined them up so well that they had to search for alternative wicket-taking opportunities – an endeavour that opened up scoring chances for the Indian all-rounder.

It was quite revealing that Anderson noted Jadeja was batting like a “proper batter”. In isolation, it was an appreciative comment borne out of ultimate respect.

But here’s the catch. There should never have been a conversation about whether Jadeja batted like a proper batter or not because, well, he is a proper batter. He’s done that so many times in first-class cricket that it can’t be written off as an anomaly. And now, he has carried over that form into Test cricket – a journey that has taken time but one he was always expected to undertake successfully.

When he made his debut in 2012 at Nagpur, former India captain MS Dhoni said that Jadeja needed time to enhance his batting skills, emphasising that he would, one day, become the all-rounder India craved in Test cricket. Jadeja has long scaled that peak and he might have unlocked his potential as a world-class batter too. This shouldn’t be a surprise to anyone anymore either.

Critics will still find some loophole to pin him down and suggest that he hasn’t quite done enough to warrant that tag. The numbers, visual evidence and current perception, though, paint a very different story.

He hasn’t suddenly evolved into a batter many thought he couldn’t become. It’s just that he has developed into the world-class batter he could always be. Jadeja has started believing in that narrative, and on this evidence, almost everyone will buy into it too.