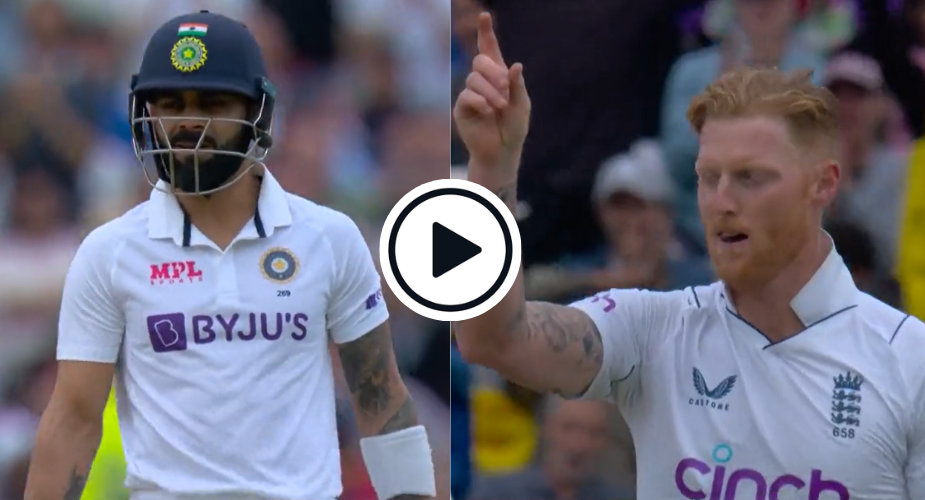 Watch: Ben Stokes produced a scorching delivery to get the better of Virat Kohli on day three of the fifth Test between India and England at Edgbaston.

The dismissal occurred on the fifth ball of the 30th over. Kohli had navigated his way to 20 and had looked in fine touch, with two off-drives against Stuart Broad standing out. However, even he didn’t have an answer to Stokes’ vicious delivery. The ball pitched outside off stump on a length and reared up. The former India captain pressed forward and tried to smother it but could only glove it through to Sam Billings. The England wicketkeeper very nearly offered Kohli a reprieve. Joe Root, though, was on hand to fling out his right palm and grab the rebound.

Kohli’s dismissal continues his tough run of form in Test cricket. In the first innings, he was bowled by Matthew Potts when batting on 11. India, though, haven’t suffered a lot in this particular game. Riding on Ravindra Jadeja and Rishabh Pant’s tons, they posted a first innings total of 416. The visitors then shot England out for 284, thereby fashioning a 132-run lead. India’s second innings began in wobbly fashion with Shubman Gill being dismissed in the first over. Cheteshwar Pujara has since held fort and India, with two days remaining, are favourites to win this Test and the series, which currently reads 2-1 in their favour.