‘Broady, Get On With The Batting And Shut Up’ – Stuart Broad Told Off By Umpire Kettleborough 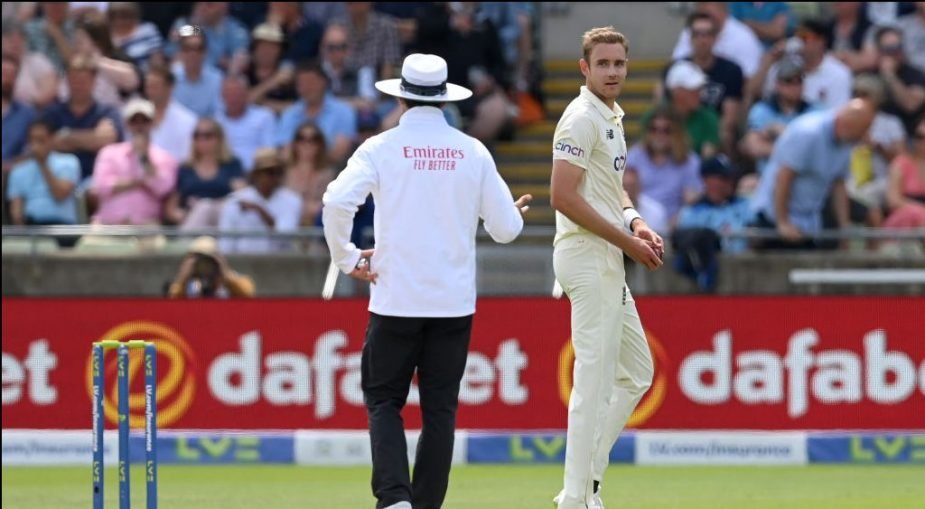 Umpire Richard Kettleborough forcefully shut down Stuart Broad on the third day of the England-India Test at Edgbaston.

After Broad’s second delivery at the crease, one that he ducked under and that eventually sailed over Rishabh Pant for four byes, Broad seemingly enquired about how many balls had been called short for the over. After a short interaction, Broad was firmly told by Kettleborough to concentrate on his batting and to leave the umpiring to the officials.

“Let us do the umpiring, you do the batting, alright?” said Kettleborough. “Otherwise you’re going to get into trouble again. One for the over. Broady, Broady, get on with the batting and shut up.”

Broad fell soon after for one off five deliveries, top-edging a leg-swipe off the bowling of Mohammed Siraj. England were eventually bowled out for 284 handing India a first innings lead of 132.

Kettleborough’s warning to Broad about potentially getting into hot water “again” possibly refers to the England seamer’s relatively recent accumulation of demerit points for his on-field behaviour. In 2020, Broad twice received demerit points – one for “directing an inappropriate word at Yasir Shah” after dismissing him and the other for “approaching Faf du Plessis and using inappropriate language which was audible on the stump mic”.

An accumulation of demerit points only takes into consideration those handed to a player over the course of the last 24 months. As such, the level one offence Broad received against South Africa is no longer on his current record.

Kevin Pietersen: I Would Tell Ben Stokes That He Doesn't Need To Try And Prove A Point By Being Ultra-Aggressive