Who Are The England Lions Set To Take On South Africa? 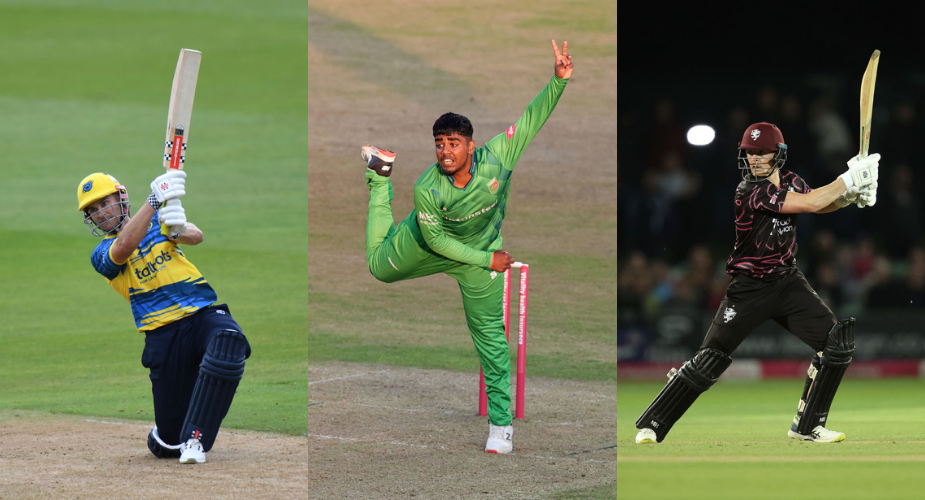 A 13-man England Lions squad has been announced to take on South Africa in two 50-over matches next week at Taunton.

“The squad reflects a balance of England’s next best players and some future players of note, as well as high performers from this season’s Vitality Blast campaign,” said ECB performance director Mo Bobat.

“With these games coming at the same time as England ODIs versus India and a County Championship round, we’re very appreciative of the collaborative approach of counties, enabling us to field strong teams.”

We take a look at the players selected for the two matches.

Tom Abell will lead the side. The Somerset captain has toured with the Lions twice to Australia and is having a productive season across formats this year. The 28-year-old is his side’s leading run-scorer in the County Championship and his 70 off 36 against Surrey on Sunday helped Somerset to a home quarter-final in the T20 Blast.

Just 17 years old, leg-spinner Rehan Ahmed caught the eye at the under-19 World Cup earlier this year, taking 12 wickets in four matches as England finished runners-up. He excelled in this year’s Blast too, taking 19 wickets at an average of 20.15.

One of the few capped players in the squad, Tom Banton has had a quiet Blast campaign, averaging 19.57 after 14 innings. Earlier this year he hit 74 off just 39 balls against the West Indies in Barbados but has been missing from England’s recent white-ball squads. The 23-year-old is set to take the gloves against South Africa.

More well-known for his consistency with the red ball, right-arm quick Sam Cook has showcased excellence with the white in the last year too. Only two bowlers took more Blast wickets than him in 2021 and he has 12 this summer at 29.16.

England’s white-ball batting depth has stopped Ben Duckett from building on an ODI career that began promisingly against Bangladesh six years ago: he hit two half-centuries in three ODIs. The left-hander enjoyed a fine Blast campaign, finishing as Nottinghamshire’s leading run-scorer with 396 runs at an average of 36 and strike rate of 160.

For the third season in a row, Stephen Eskinazi finished this year’s Blast as Middlesex’s leading run-scorer. The 28-year-old also played in four One-Day Cup matches last year, smashing 130 off 101 balls in a 13-run win over Worcestershire.

Sam Hain holds the highest List-A average of anyone to have batted in at least 50 innings, his 59.78 trumping the likes of Virat Kohli and Babar Azam. This year the Warwickshire batter has excelled in red-ball and T20 cricket – he is currently the third-highest run-scorer in Division One and celebrated his first T20 hundred last month in a thumping win over Notts Outlaws.

Benny Howell has long established himself as one of the most unique bowlers in the domestic game, his wide variety of slower balls bringing him success with Gloucestershire and in The Hundred last year at Birmingham Phoenix. He was at the IPL earlier this year with Punjab Kings but did not play.

Left-arm wrist-spinner Jake Lintott has had a whirlwind couple of years, with a short-term contract at Warwickshire in 2020 turning into a three-year deal in 2021. The 29-year-old helped Southern Brave to The Hundred title last year and has also landed deals at the CPL and BPL, building up a fine T20 record in the process: he has 70 T20 wickets at an average of just 20.

Called up to England’s ODI squad last year against Pakistan, left-arm quick David Payne made his debut last month against the Netherlands, taking 1-38 from his nine overs.

George Scrimshaw, 24, has taken 21 wickets at 23.85 to help Derbyshire to this year’s Blast quarter-finals. He made his T20 debut for Worcestershire but injuries derailed his progress before he joined Derbyshire in 2021.

Will Smeed announced himself as one of the most promising batting talents in England last year when he impressed for Birmingham Phoenix in The Hundred and Somerset in The Blast. He has also played in the PSL and looks set to make his England Lions debut before making his first-class debut.