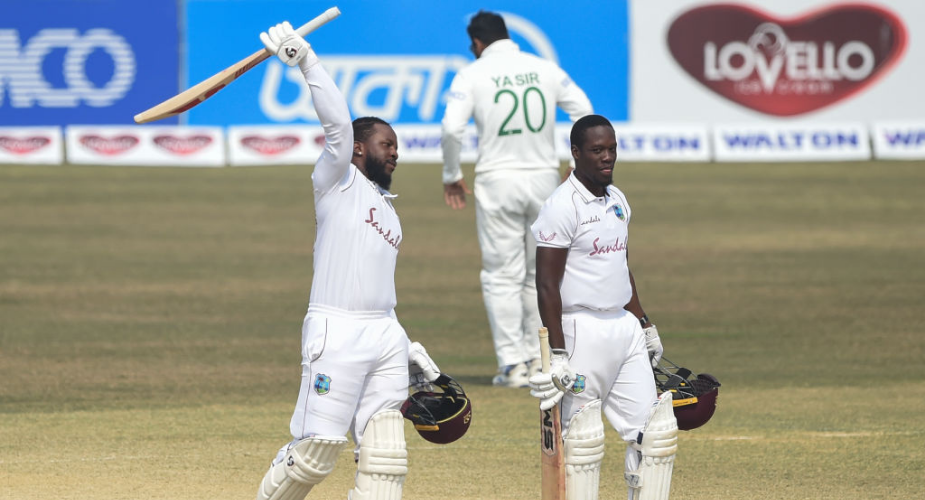 As England zeroed in on the target of 378 set by India in the fifth Test of the 2021/22 Test series in Edgbaston, we take a look at the top five run chases in a Test match.

The first innings total was negated after both teams scored 240 runs at St. Johns. The visitors, batting third, were led by fine hundreds from openers Matthew Hayden and Justin Langer, posting 417 on the board, leaving West Indies with a formidable 418 for a win.

In a game that had a number of ugly confrontations, Brian Lara led the way with a crucial 60 after the team collapsed to 74-3. Ramnaresh Sarwan and Shivnarine Chanderpaul built on that foundation, with centuries apiece, before Omari Banks scored an unbeaten 47 batting at No.8. Along with Vasbert Drakes, he took the hosts over the line, a run chase that remains the greatest ever in Test cricket history.

The Proteas began their Test series against Australia at WACA with a clinical run chase despite conceding a 94-run lead in the first innings. Up against Australia’s 375, the visitors were shot out for 281 in the first essay, with half-centuries from AB de Villiers and Jacques Kallis. Australia were bowled out for 319 in the third innings, leaving South Africa to get 414, a target that seemed improbable.

However, a century from Graeme Smith followed by fifties from Hashim Amla and Kallis ensured South Africa were never out of the game. De Villiers, who walked in with the side still needing 235 for a win, carried on the work of the top-order batters, batting 186 balls for 106* along with JP Duminy, who made a fifty in 119 balls, as South Africa chased down the target to take a 1-0 lead in the series.

Arguably one of India’s greatest Test wins abroad, chasing 406 in the fourth innings against a threatening West Indies pace attack. After being bowled out for 228 in the first innings in reply to the host’s total of 359, very few would have given them an opportunity to chase down over 400 for a win.

However, Sunil Gavaskar took on the charge, scoring 102, with Mohinder Amarnath making 85 as well. Gundappa Viswanath, with 112, carried on the carnage, as India chased down the highest fourth-innings score till then, a record that remained intact for 27 years.

Don Bradman led the way with an unbeaten 173 as a team successfully chased down over 400 runs for the first time ever in the fourth innings of a Test match. After losing Lindsay Hassett for 57, the Australians were on the backfoot at 57-1, but the duo of Bradman along with opener Arthur Morris (182) put on301 for the second wicket as the visitors made 404 for the loss of just three wickets to go 3-0 up.

Kyle Mayers announced his Test arrival in style, scoring a fine 210* on debut in the fourth innings with West Indies needing 395 for a win. An under-strength Windies had been shot out for 259 in reply to Bangladesh’s first innings score of 430 and were firmly on the backfoot after the hosts declared at 223-8.

West Indies collapsed to 59-3, but Mayers batted with Nkrumah Bonner to stitch 216 for the fourth wicket to give his team a strong chance. Despite a few quick wickets, Mayers batted with maturity with the tail and hit the winning runs to script a memorable win. It remains the most successful run chase in the fourth innings in a Test match in Asia.Th