Marks Out Of 10: England Player Ratings After Their Edgbaston Victory Over India 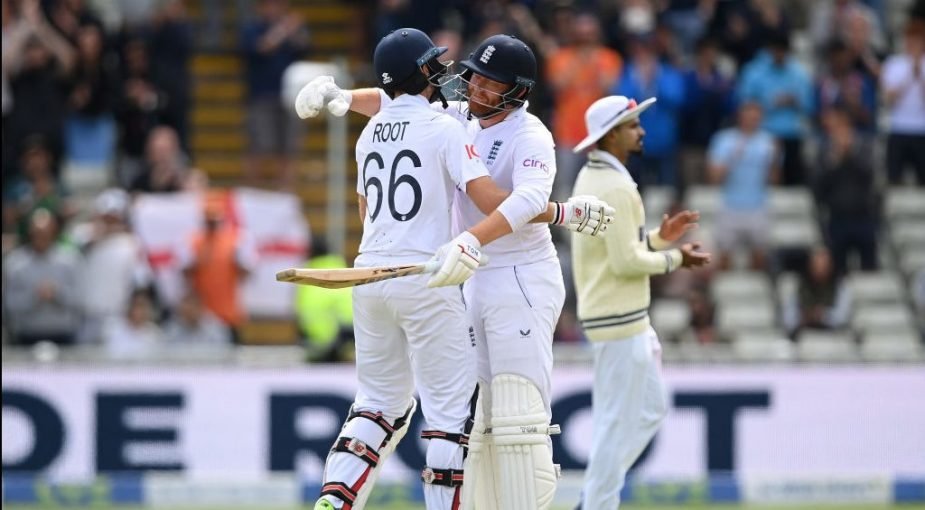 England completed their most impressive win of the McCullum-Stokes era by chasing down 378 to level the series against India at Edgbaston. Here’s how the 11 England players fared across the Test:

Lees set the tone for England’s attempt to take down 378, coming down the wicket third ball to swipe Mohammed Shami to the mid-wicket fence. He didn’t allow Ravindra Jadeja to settle either, taking him for 10 off his first over. His transformation from the player who looked short on run-scoring options in the Caribbean to this swashbuckling new-ball hitter best encapsulates the McCullum-Stokes revolution.

Despite all the public backing from his captain and coach before the Test, Crawley must have been under some pressure as he went out to bat in the second innings after his failure earlier in the game. Another low score would have taken his career first-class average below 30 but instead, he looked as assured as he has done all summer. His sparing but effective use of his drive showed signs of a mind unscrambled.

A crash back to earth after two excellent Tests at the back-end of the New Zealand series. His Test batting average has fallen back below the wrong side of 30 – for all his talent, he remains a work in progress at No. 3, a position at which he has minimal experience.

Root was in serene touch on the fourth evening just as it seemed like the momentum was firmly in India’s favour. He was chanceless and went up and down the gears depending on the quality of the bowling on offer and the fields set for him. He now has 11 hundreds since the start of last year. This an all-time great operating at the very top of his game.

Jonny Bairstow is in the form of his life. His two knocks in Birmingham felt more sustainable than his two demolition jobs against New Zealand; he absorbed pressure in both innings in a way he didn’t have to in his pair of hundreds against the Blackcaps. In Root and Bairstow, England now have the two form players in the world.

Kevin Pietersen’s criticism of Stokes’ first innings was fair. Stokes was unmeasured in his aggression and did not value his wicket in the way a man with 11 Test hundreds should. He was excellent with the ball, though, in India’s second innings, dismissing Virat Kohli with a ripsnorter and using the short ball with great effect to India’s tail. The effect his leadership has had on this team in such a short space of time is extraordinary.

Contributed with a useful 36 in the first innings but his keeping was not as tidy as he’d have liked. He was extremely fortunate that Root gobbled up the rebound after he dropped a sitter off Kohli in the India second innings.

Broad has just not been quite on it this summer, that said, it was his wicket of Pujara in the second innings that precipitated the India collapse that followed. 2021 and 2022 are the two worst home summers Broad has had in Test cricket since his first back in 2008 – those are the only three years where he has averaged more than 35 with the ball at home.

Potts had two really impressive spells in this match between which he had less success. He was superb early on day one, dismissing both Vihari and Kohli and then again on the fourth morning where he bowled an epic spell that saw him remove Iyer and Thakur. Potts has been a valuable addition to the side this summer.

Leach was got at by Pant in the first innings – he won’t be the only spinner to experience that over the next few years. He was protected from Pant in the second innings but was excellent when he was brought on, eventually dislodging the India wicketkeeper, the wicket that truly broke open England’s comeback. Leach got the ball to turn and bowled well to his fields; it was probably the first time under Stokes’s captaincy where he was arguably underbowled.

Anderson had the ball on a string in the first innings and even as India put on 416, claimed 5-60. Anderson is becoming less of a threat as a Test progresses but with those first innings returns in the month that he turns 40 are still exceptional.