Mohammed Siraj And Shardul Thakur Got Trolled: What had started as a promising day for India where they were expected to continue their stronghold and ascend closer to victory, has now turned into a massive worry as it is England who have their noses much ahead in the game by the end of Day 4 in Edgbaston.

India will have to work hard and smart, and, honestly, really need a miraculous turnaround on Day 5 if they are to win their first Test series in England since 2007. (Don’t be surprised if the Indian players do some rain dance on the morning of Day 5).

Three quick wickets – two for Bumrah and one run-out – have brought India back in the game after a century stand between the English openers. And after that, while Bumrah and Shami kept a tight hold on the scoring rate of Bairstow and Root, Mohammed Siraj and Shardul Thakur failed to keep things tight.

Siraj, in particular, was taken to the cleaners, and while Lees and Crawley elegantly drove and cut on the off-side, Root and Bairstow took a toll on the leg side, including the latter disdainfully hammering one six over deep backward square leg. 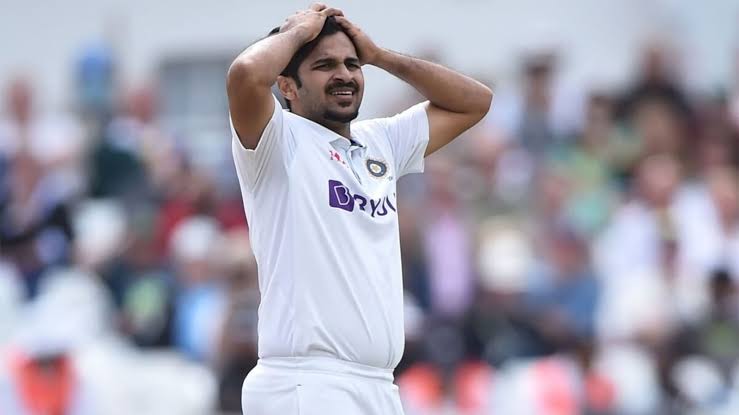 Siraj spurted out runs barely posing a threat but for one ball – to his credit – when he created a good chance, getting Bairstow’s outside edge when he was still early in his innings but Hanuma Vihari in slip dropped that opportunity, and since then Bairstow has made India pay.

Siraj was, by a distance, India’s most expensive bowler on Day 4: while Bumrah and Shami conceded at 4.1 runs per over, Thakur at 4.7 and Jadeja at 3.5, Mohammed Siraj was smashed for 6.4 runs an over in the 10 overs he bowled.

Siraj was heavily trolled for his poor bowling show today as India have all but slipped their grand opportunity to win the Test series.

Here are some of the reactions of frustrated fans trolling Siraj:

Oh the day is here pic.twitter.com/ln6w4DnNIS

Siraj is leaking after Jadeja and Shami’s relentless pressure as a combo.

Siraj’s expressions after getting carted all over after consistently not bowling to his field is the same energy as Kohli’s surprised face after getting caught flailing at a ball on 7th stump.

Siraj and shardul can’t play together they both leak runs

I want to chuck berries at Siraj and Shardul. Or maybe something harder

India lacking control with both Siraj and Shardul. They haven’t even needed to do #BazBall stuff. Too many poor balls, still enough time to correct but have to do it soon. Bowl to your field at least.

Ps:- Only thing I can come up with is to defend Siraj… Any new ways I defend him are welcomed.

Siraj lucky to get so many chances. Other Indian ballers working hard still no opportunity.

Belt treatment should be given to siraj and lord

Siraj is carrying the his IPL form into the test

Siraj Over Umesh Yadav Umesh is definitely better in test