With Bairstow And Root Peaking At The Same Time, The Record Books Are Being Rewritten Before Our Eyes 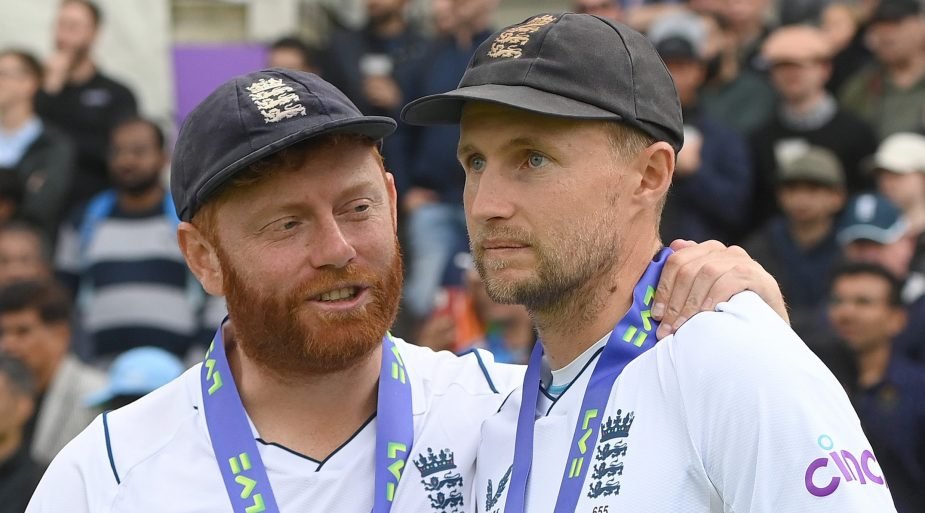 Jonny Bairstow and Joe Root first played together in the early 2000s, turning out for Yorkshire Under-12s. Bairstow, the son of a Yorkshire icon, Root a prodigy playing a year above his age. The pair rose through the ranks together, first at Yorkshire and then with England.

Both have been dominant for Yorkshire. They’ve starred in a World Cup win together. Root, for nearly a decade, has been one of the best Test batters in the world. Bairstow has been an IPL superstar. But with the exception of the odd moment in 2016, the pair whose times in the game for so long have been so closely entwined, haven’t quite clicked at the same time in the Test arena.

It’s a point that’s been made before about Root and Ben Stokes. Stokes’ 2019-2020 zenith coincided with Root’s only relative slump of his Test career and since Stokes’ return to the game in time for the 2021/22 Ashes, he is yet to once again reach those heights. But by pretty much every conventional measure, Bairstow is a more accomplished batter than Stokes.

The Yorkshireman averages more than Stokes in every form of the game. He has a justifiable claim to be the greatest ODI opener of all time. In 2016, he had one of the best years a wicketkeeper-batter has ever had in the Test game, scoring 1,470 runs at 58.80, with three hundreds. Given what the pair have achieved in the game, it makes sense that Bairstow is more likely to be the middle order behemoth that England have been crying out for to go toe to toe with Joe.

Two decades after they first played together, it is only now that they are showing the full force of what they’re capable of achieving in the Test arena; and for England fans, it’s a tantalising prospect.

Already, the numbers are staggering. The pair have scored 11 of England’s 14 hundreds in 2022. Nobody in the history of the English Test game has hit as many hundreds in a calendar year as Bairstow has done in 2022 and he’s got another six Tests left to obliterate that record. The pair’s fourth-wicket stand in the fourth innings at Edgbaston is England’s highest in a fourth innings for any wicket. With three Tests to play this summer, Bairstow is just three sixes off the all-time record for most maximums hit in an English Test summer. Since McCullum and Stokes took over, the pair both average more than 100. Bairstow, unbelievably, is doing so at a strike rate over 100. As a partnership, they now have 10 century stands together in Test cricket – only Hobbs-Sutcliffe, Cook-Strauss and Cook-Pietersen have more for England. They are re-writing the record books in front of our eyes.

One of the strengths of McCullum and Stokes’ approach is that they are stripping the game back to its basics. And on a very simple level, if you have two of the form players on the planet at Nos.4 and 5, you’re going to win more games than you lose, even forgetting all the positive impact the new leadership axis is having elsewhere.

The obvious reason why this combination hasn’t had this collective impact before is Bairstow’s extended slump in Test cricket from 2018-2021, a four-year period that saw him register just a single Test hundred. His Test career must almost be unique in the extent of his pronounced peaks and troughs – his current success begs the question of why for prolonged periods of his career, we’ve not even seen glimpses of the heights he can reach.

The range of scoring shots at his disposal is remarkable. Whereas Root is the champion strike-rotator, Bairstow is the champion boundary-finder, able to hit decent balls to the fence without major risk. While McCullum and Stokes deserve credit for creating an environment that gets the best out of Bairstow, Bairstow deserves immense credit for how the early days of the this bold new era are perceived; without his heroics at Headingley and Edgbaston in particular, England could not only have been on the receiving end of two losses, but two maulings.

It is an exciting time in English cricket. But perhaps nothing is more exciting than seeing what these two could go on to achieve together. It may well be that only now are we entering the main chapter of their storied friendship.

ENG vs IND: Alex Lees pokes fun at Joe Root after getting run out by former England captain