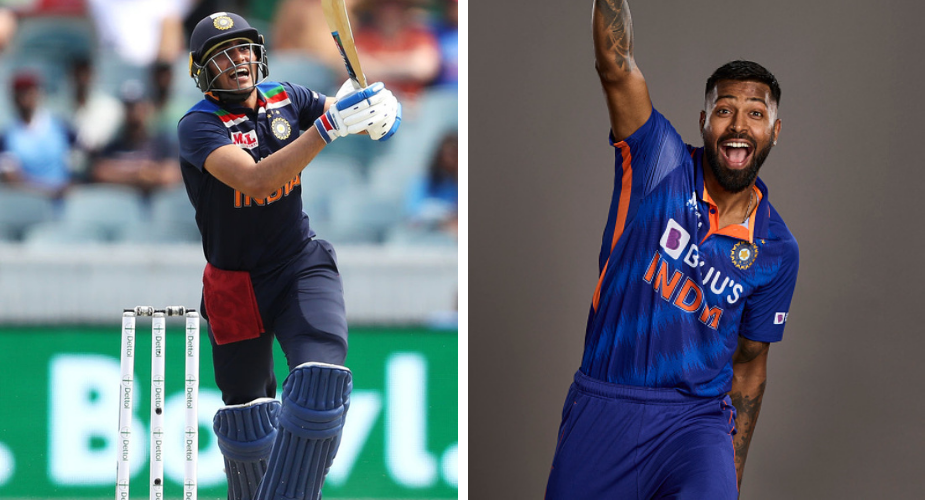 The Indian ODI team for the three-match series against West Indies was announced on Wednesday, with some notable absentees in Virat Kohli, Jasprit Bumrah, Rohit Sharma and Rishabh Pant.

The Men in Blue will tour the Caribbean, playing three ODIs from July 22. Shikhar Dhawan has been named the captain of the side in the absence of regular skipper Rohit Sharma, while Ravindra Jadeja will be his vice-captain.

Another series, another ‘B’ team

The last time India played an ODI with Kohli, Rohit and Bumrah was way back in January 2020, against Australia at home. Since the start of 2021, 32 players have turned out in 12 ODIs from the country, with as many as 21 playing five or fewer games.

With Covid-19 norms across the world, resting all-format stars is understandable, but constantly shuffling around the XI could make players uncertain of their role and spot in the side. India have also fielded six different captains across formats this year in 24 matches – Shikhar Dhawan will be the seventh skipper – and with each leader coming in with their own set of plans, the roadmap for the two world events coming up in the next few months seems haphazard.

Dhawan will be nearing 38 by the 2023 World Cup, and with India already having a rich pool of openers, it was expected that the management would be looking past the left-hander for the event next year. The side already has Rohit and KL Rahul in their ranks (the latter is an option in the middle-order too) along with Ruturaj Gaikwad and Ishan Kishan. Youngsters Shubham Gill and Prithvi Shaw are knocking on the doors for a spot in the XI too, but the promotion of Dhawan as the captain of the ODI side displays that they have him in their plans for the 50-over World Cup.

Though Dhawan is not a part of the T20I set-up, his performances of late in ODIs have been impressive, averaging 52.88 in 10 games with five fifties at a strike rate of over 87. He has also been a consistent performer in ICC events, and his successful partnership with Rohit at the top has meant that he remains in India’s plans.

The squad marks the comeback of Gill to the ODI squad, having last played a match in the format in December 2020. The youngster had earned heavy praise from then skipper Kohli, who had stated, “I was not even ten percent of that when I was 19.” However, his chances dried up thereafter, but his selection for the West Indies ODIs suggests that he has been identified as a future talent by head coach Rahul Dravid, who was Gill’s under-19 coach when India won the World Cup in 2018.

Also returning to the side is Samson, who has been in the news for his non-selection despite his on-field performances. Recently dropped for the second and third T20Is against England, the Rajasthan Royals skipper only has one ODI to his name, which came against Sri Lanka last year. He had made a run-a-ball 46 on a tour where the big guns were missing, and he would hope he can make the most of his rare chance.

Shaw is surprisingly not a part of either white-ball set-up for India, despite garnering praise for his aggressive game and being in a thick patch of runs. He last played a white-ball game for India last year against Sri Lanka and won the Player of the Match award for his blistering 24-ball 43 in the first ODI, which helped India chase down 263 in 36.4 overs.

The opener was at his best in the 2022 IPL, where he struck at 152.97, giving his team Delhi Capitals quick starts in the first six overs, and the decision to keep a fearless player, who can run away with the game away, from the shorter formats is surprising.

One of the biggest topics of discussion was the omission of Hardik Pandya, who recently led the Indian T20I team in the series in Ireland. Having struggled with a back injury for well over two years, Pandya, recently staged a successful comeback in the IPL, bowling consistently and batting with authority. An indispensable member of the unit, Hardik brings balance into the XI, his seam bowling allowing India to play an extra bowler.

With the T20 World Cup to be staged in Australia later this year, the selectors have omitted him from the ODI side seemingly to prevent exertion so he can be fit for the bigger challenge that awaits in a few months. He has, however, been picked for the ODIs against England that precedes the West Indies series.

Quiz! Name Every India Cricketer To Play A Men's ODI Since 2020