David Lloyd: If Players Want To Engage On The Field, They Should Take Up Cage Fighting 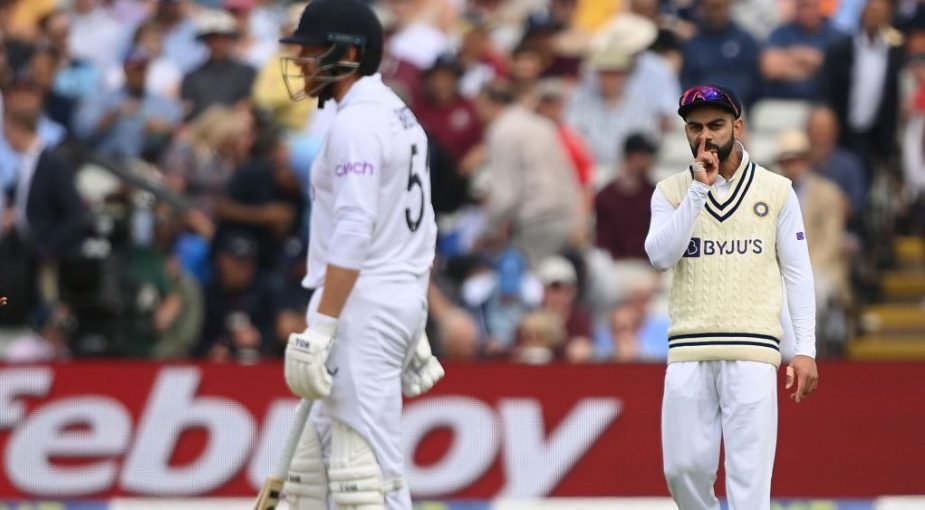 David Lloyd described Virat Kohli as having played the role of “the pantomime villain” during the Edgbaston Test between England and India, while also praising the former India captain for his behaviour at the end of the match.

Kohli was at the centre of a verbal exchange with Jonny Bairstow on day three of the rescheduled fifth Test, a ploy that seemingly backfired for the visitors. Bairstow, then on 13 off 60, shifted gears dramatically, reeling off a century in 119 balls.

And while Bairstow later played down the chit-chat, saying that both he and Kohli are fiercely competitive on the field, Kohli’s reaction received criticism from some fans and pundits, as did his enthusiastic celebration of Alex Lees’ run out on the fourth day.

Lloyd, writing in his column for Daily Mail, did point out that there was plenty to celebrate about the camaraderie between the two sides after the game.

“I thought the on-field scenes at the conclusion of the game were glorious, with India’s players congratulating Root and Jonny Bairstow and recognising the epic job they had done,” he wrote.

“Special mention for Virat Kohli who at times plays the pantomime villain, but who had a special word with both players. I like that.”

However, he was seemingly unimpressed by some of the behaviour during the Test.

“Having said that, I do wonder where the line is and who draws it. Sportsmanship, banter, boorish behaviour, insults, abuse — we saw everything on day four.

“Cricket is a non-contact sport, but if a player feels the need to engage another, my advice is: take up cage fighting and have a proper go.

“Let’s see what you’re really made of.”

With the Test series over, England and India will now take on each other in a T20I and ODI series. Here’s where you can watch the action live on TV.