Left-arm pacer Arshdeep Singh got his maiden India cap on Thursday as he gets to represent his country for the first time in his career, against England in the first T20I in Southampton.

The 23-year-old from Madhya Pradesh has made huge waves and become a fan-favourite over the last couple of IPL seasons for Punjab Kings; his rise and skillset were so impressive that Punjab had retained him ahead of the IPL 2022 mega-auction. 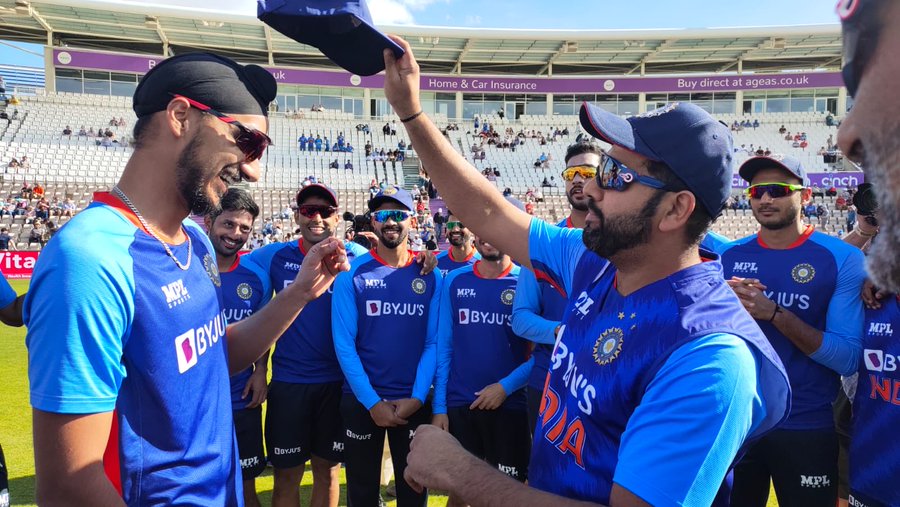 While Arshdeep didn’t pick a lot of wickets – 18 wickets in IPL 2021 and 10 wickets this year – his death bowling was exceptional and that got him in the Indian squad, for a specific role purpose basis as the Men In Blue continue to build their side for the T20 World Cup later in the year in Australia.

Arshdeep’s death-overs economy rate of 8.50 since IPL 2021 is the second best – only bettered by Jasprit Bumrah – among the bowlers who bowled at least 15 overs. In this IPL season, Arshdeep’s death economy of 7.58 was second only to Bumrah’s 7.38.

India captain Rohit Sharma, who is returning to lead the side after recovering from covid-19 that forced him to miss the Edgbaston Test, won the toss in the first T20I and elected to bat first.

He announced that Arshdeep Singh, who didn’t get a chance while in Ireland last month, now gets to make his India debut while Avesh Khan was left out. Rohit lauded Arshdeep for his performances in the IPL and hailed him as an “exciting prospect”. 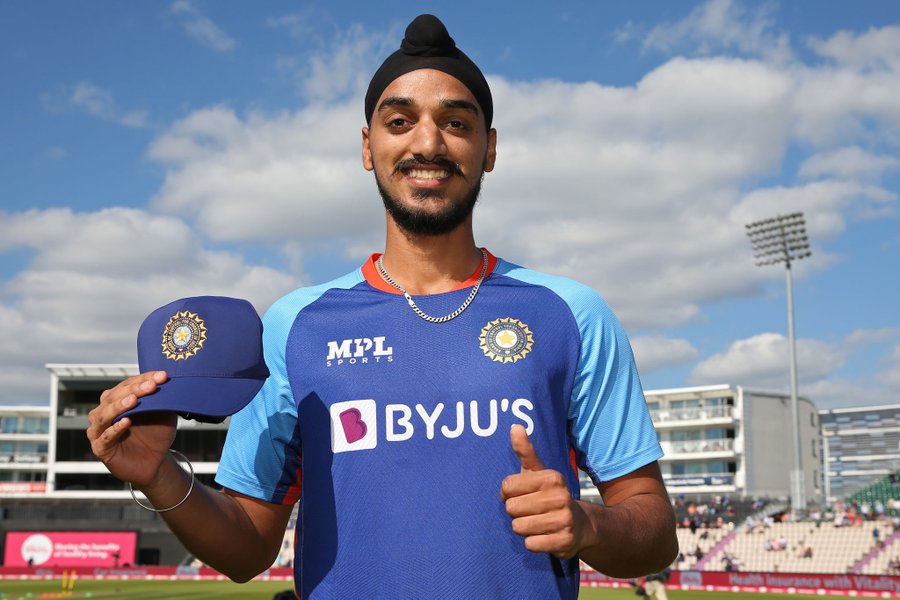 Meanwhile, netizens on Twitter were happy to see Arshdeep receive his due reward for the splendid show in the IPL and domestic cricket.

Here are some of the tweets on Arshdeep Singh’s T20I debut:

What a great moment for young Arshdeep Singh getting debut cap by Captain Rohit Sharma and making his T20I debut tonight. pic.twitter.com/vucL6crbTj

Arshdeep Singh is making his debut for Team India .. He is getting his cap from Team India skipper Rohit Sharma .. What a moment for him .. Go well boy @arshdeepsinghh ️#ENGvIND pic.twitter.com/JGUF3KgKdk

Arshdeep Singh gets his maiden game for India. Can he make the transition from IPL to International cricket? #IndvsEng #T20I @arshdeepsinghh