The All-Time England-India ODI XI, According To The ICC Rankings 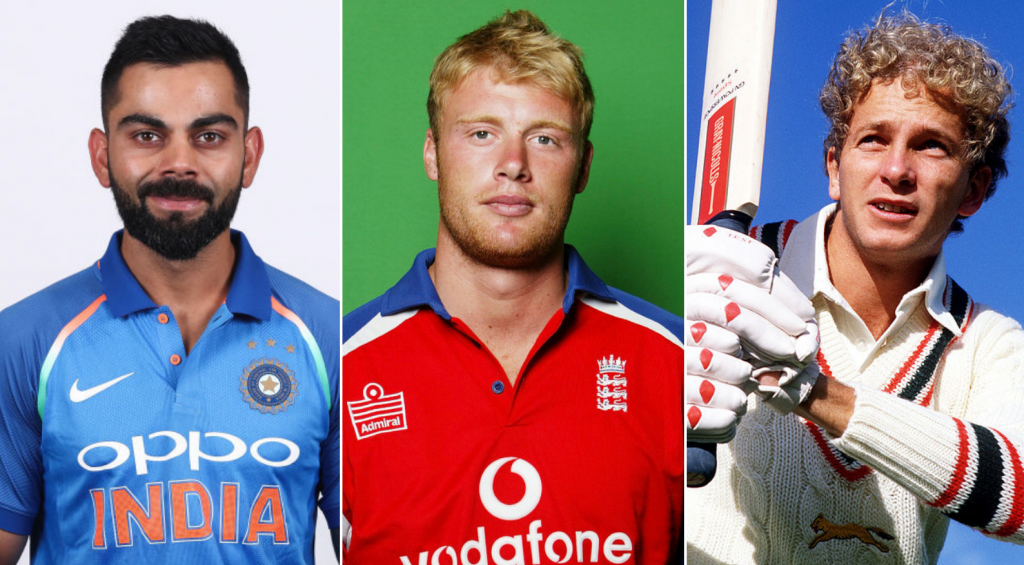 Presenting a combined England-India ODI XI, based on the ICC’s all-time rankings.

It’s a list containing five of the top-ranked ODI batters of all time, the top-ranked wicketkeeper, two all-rounders and four bowlers, one of which is a spinner, all from England an India.

Some of these names would be shoo-ins for an ODI XI of all time anyway, but a few others in here might just have benefitted from the rankings criteria of the ICC’s all-time lists.

ODI batting has never looked as easy as Rohit Sharma at his best has made it seem: no one has scored more runs at a better average than he has as opener. Rohit’s churned out three double-hundreds and eight 150+ scores – more than anyone else in the world – and has also hit more sixes than any other India player in the format. Rohit first broke into the top five of ICC’s ODI batting rankings in 2016, but surprisingly, hasn’t made it to the top yet, with Virat Kohli often pushing him into second.

The master to protege Rohit, Tendulkar constructed a celebrated legacy through his exploits up top in the one-day format. The holder of almost every major batting record there is in ODIs, with his career run tally expected to remain unchallenged for years to come. As opener alone, he totalled over 15,000 runs, and his tone-setting aggression at the top of the order paved the way for a generation of Nos.1 and 2 who would do more than just bat through the innings.

Completing this dream Indian troika is Kohli, the heir apparent to Tendulkar in many ways, and a modern great of the game. Before form deserted him dramatically, Kohli looked on course to eclipsing Tendulkar’s envious tally of ODI hundreds, and is still just six shy of equalling that record. At No.3, he averages 61.04, and has hit more centuries than anyone.

Packed with unmatched elegance, Gower was one of England’s leading batters through the Eighties, and is the fourth-highest ranked ODI batter of all time, reaching the high on the back of a brilliant 1983. He hit one-third of his career runs in that calendar year, including four hundreds, averaging 63.88. His lofty Test credentials, though, still overshadow his one-day returns.

Another batter whose Test career was probably more renowned, Lamb began his one-day career with a bang, scoring 99 and 118 in his second and third ODI. For six years from 1983, he did not hit any centuries, but found form again in 1989, averaging 43.62 – that year, he achieved his career-best ranking.

Dhoni can easily bat a couple of places higher in this team, but few can match what he achieved as a finisher. No batter has scored more ODI runs or centuries from Nos.5-7. As a wicketkeeper, Dhoni stands third in the all-time dismissals tally and is also the only skipper to complete the set of T20 World Cup, 50-over World Cup and Champions Trophy titles. A complete package.

A captivating player to watch, be it with ball or bat in hand, Flintoff gives the lower order some punch, while also being a penetrating first-change quick. The inaugural winner of ICC’s ODI Player of the Year in 2004, Flintoff is third among the highest-ranked all-rounders of all time, scoring the third-most runs and picking the joint-most wickets for England in ODIs across the 2000s.

The highest-ranked all-rounder in ICC’s all-time list, Kapil, apart from being a World Cup-winning captain, was a champion all-rounder: among all ODI players with at least 250 ODI wickets, only Jacques Kallis and Abdul Razzaq scored more runs. At a time when India was still finding its feet in the format, Kapil led the way, becoming the first player to 200 ODI scalps.

Higher up in the order owing to his recent batting heroics, Bumrah turned from talented rookie to India’s bowling saviour in little time, and now spearheads the attack in all formats. In ODIs, no India bowler has taken more wickets at a better average.

Willis had a spectacular Test career, but also stitched together impressive numbers in a short ODI career. He had two peaks in 1979 and 1983, picking up 55 per cent of his career wickets across those two years. He averaged 24.60 with the ball across 64 games, including 18 wickets at 17.50 across two World Cup editions.

The lone spinner on this list, Maninder might be a surprise name to those who witnessed the spin duopoly of Kumble and Harbhajan for the longest time. However, the left-arm spinner benefitted from a prolific period between 1986 and 1988, where he picked up 60 wickets in 50 games – more than 90 per cent of his career wickets. He’s the highest-ranked India bowler on the all-time list.