Brendon McCullum On Baz-Ball: ‘I Don’t Really Like That Silly Term People Are Throwing About’ 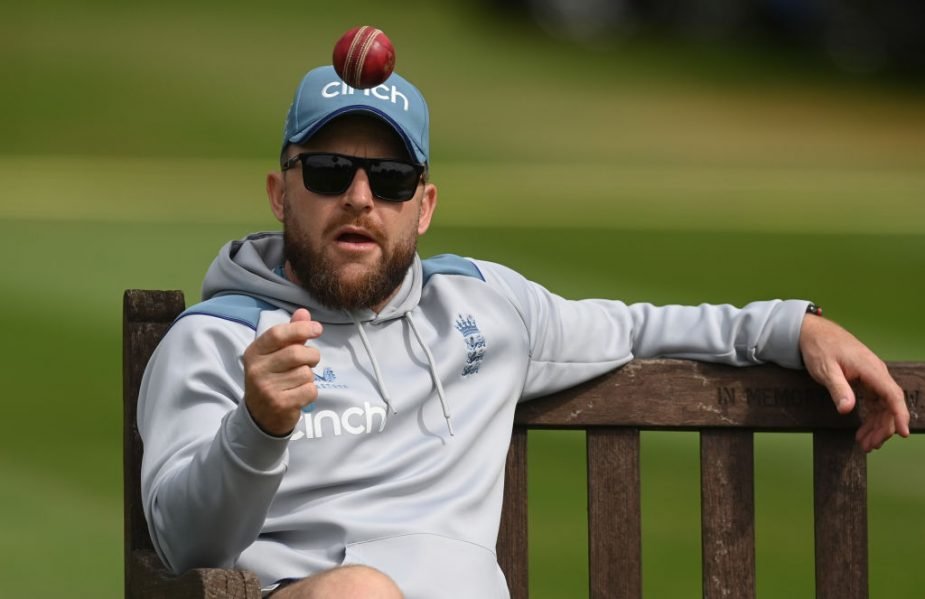 ‘Baz-Ball’ has been the word on everyone’s lips in English cricket, but Brendon McCullum has called it a “silly” term.

McCullum, appointed England men’s Test head coach in May, has overseen a dramatic transformation in the matter of weeks, with Ben Stokes’ team winning four matches on the bounce with a positive style of play.

A 3-0 series win over New Zealand was followed by a victory over India at Edgbaston, with England chasing down targets of 277, 299, 296 and 378 across four Tests.

However, McCullum wanted to make clear that England’s new method is one with thought behind it, rather than simply being about all-out attack.

“I’m sure that our guys will try and still maintain a really positive approach,” McCullum told SEN WA Breakfast. “I think the real key as well is it’s not just crash and burn if we look at the approach of how the guys have done it.

“That’s why I don’t really like that silly term that people are throwing out there because there’s actually quite a bit of thought that goes into how the guys manufacture their performances and when they put pressure on bowlers and which bowlers that they put pressure on. There’s also times where they’ve absorbed pressure beautifully as well.

“I think of Jonny Bairstow, who’s plundered the ball all around the park in the last two series. But when he needed to he put his head down and got us through a tricky night period and then capitalised the next day. And that’s the kind of smarts that we want to play with. If you want to beat Australia you also need those kind of smarts, not just the ability to hit fours and sixes.”

“Isn’t that what the game’s all about? To sort of reinvigorate yourself and then be confronted against the very best. I do believe that both New Zealand and India are two very, very good cricket sides as well. Australia is a different kind of challenge because of the history of the Ashes and the rivalry which exists there as well.”

England Are Practically, But Not Theoretically, Out Of World Test Championship Contention