James Anderson: Ben Stokes Wanted To Promote Me To Hit The Winning Runs Against India At Edgbaston 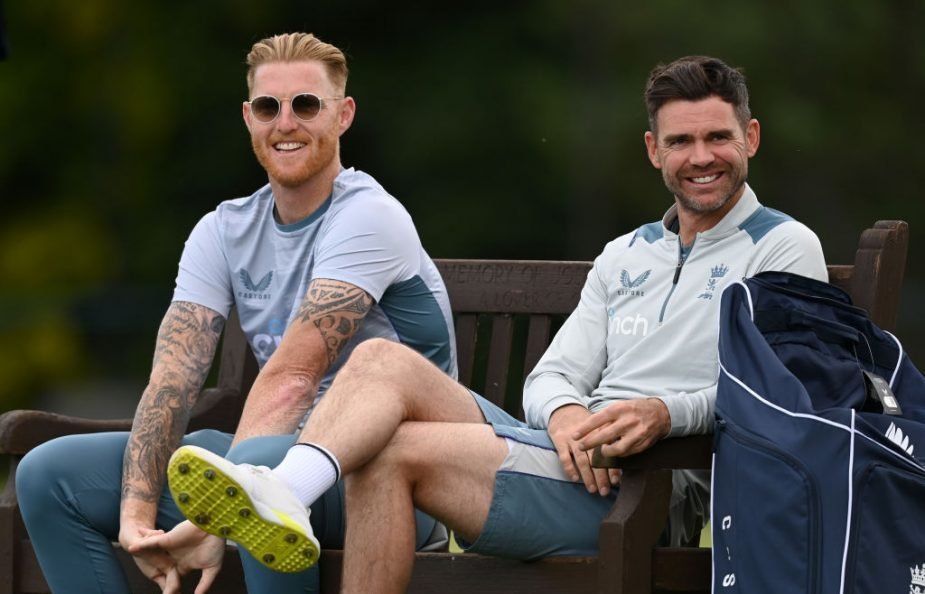 Ben Stokes suggested promoting James Anderson up the order to hit the winning runs for England against India at Edgbaston.

England’s Test side have had a successful start under the leadership of head coach Brendon McCullum and captain Stokes, with a 3-0 series win over New Zealand followed by national-record chase of 378 in the final rearranged Test of a five-match series against India.

All four wins have seen targets chased down in excess of 275, with Jonny Bairstow and Joe Root both hitting unbeaten hundreds on the final day of the Edgbaston Test to pull off England’s most successful chase in Test cricket.

As England approached their target, plans were brewing over who would be the next man in to bat, with Stokes – usually England’s No.6 – suggesting that others in the dressing room take the chance of hitting the winning runs in the match.

Speaking on the Tailenders podcast, Anderson revealed that England formulated the plan for Stuart Broad – England’s assigned ‘Nighthawk’ from the previous evening – to go in at the fall of a wicket as the hosts raced to the target ahead of the second new ball being summoned.

“Because there was a new ball coming up, they thought, ‘Let’s try and finish it before the new ball. So if we lose a wicket, we’ll send Broady in and he can literally just try and hit every ball for six’. Between 67 and 75 overs or something like that. So then the deeper we got – I think it was about 20 runs left – Broady was like, ‘Right, that’s me done, someone else can can go in next’.”

Stokes had Anderson in his thoughts as the man to potentially finish the job – but the veteran quick resisted.

“So then Stokesy comes up to me and said, ‘You’ve never hit the winning runs. So if we need four to win, and [Ravindra] Jadeja’s bowling for example, do you fancy going in and hitting the winning runs?’ I just felt really uncomfortable with it. I thought it was a little bit too piss-takey. So I was like, ‘I’m not sure I’m comfortable with that’.

“So then he goes to Sam Billings who was batting at seven. ‘It’s a great chance to hit the winning runs in a Test match’. And again, he was like, ‘No, no, no, you’re next, you’re the captain you should go’. So we ended up, 20 runs left, Stuart Broad had decided he wasn’t going in, so he took his pads off. Sam Billings didn’t have his pads on. I wouldn’t put my pads on. And Ben Stokes also didn’t put his pads on. So we had no one padded up for the last 20 runs of that game. That’s how relaxed everyone was.”

In the end, there was no need for another batter to come in – for the second Test in a row, Bairstow and Root were out in the middle to secure victory for England.

Can You Bet On Cricket From Singapore?