Ravindra Jadeja once again played a crucial knock to help the Indian side post a challenging total of 170/8 in 20 overs against England. He remained unbeaten on 46 as he played a sensible knock, especially when his side needed him the most. 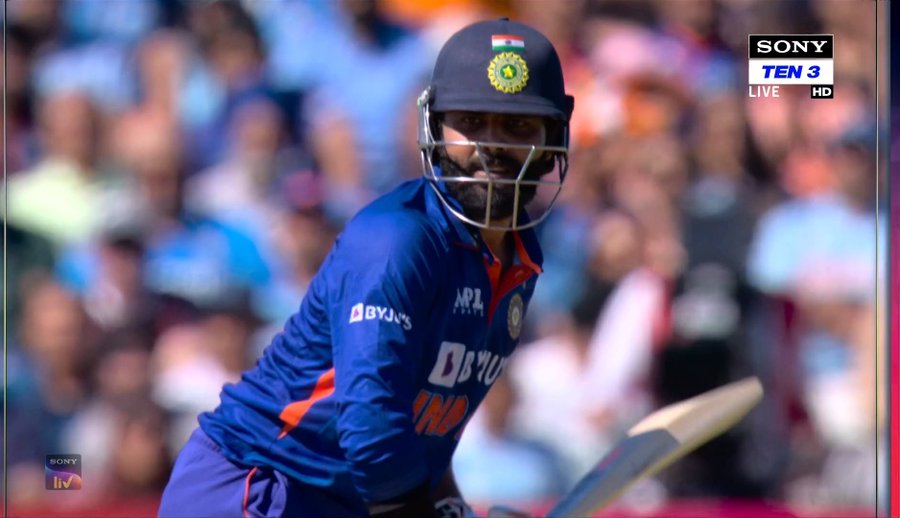 Before the game started, England captain Jos Buttler won the toss and elected to bowl against India at Edgbaston, which didn’t turn out to be the right decision the England bowlers got hammered in the Powerplay. England, who were blown away by the visitors at Southampton. Rohit Sharma and Rishabh Pant set the platform for a big total with a quick start in powerplay but the Indian side kept losing the wickets at regular intervals.

England’s new bowler, Richard Gleeson picked up three quick wickets to change the momentum a bit, and then Chris Jordan kept up the good work for his side. However, the Indian batters kept on hitting the bowlers towards the end.

But thanks to Ravindra Jadeja’s solid cameo, the visitors reached a decent score of 170 runs. His stunning knock of 46* runs off 29 balls was laced with 5 boundaries.

Meanwhile, former Indian cricketer Suresh Raina hailed Ravindra Jadeja for his terrific knock. He took to his Twitter and came up with a special Tweet, where he praised Jadeja. He wrote: