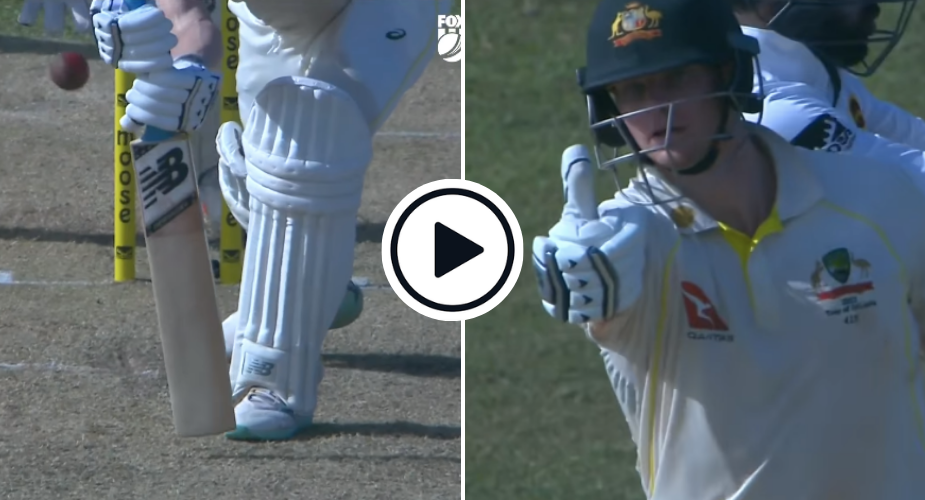 Watch: Australia’s Steve Smith acknowledged a sharply-turning delivery from Sri Lanka debutant Prabath Jayasuriya with an instant thumbs up on day one of the second Test at Galle.

Smith, along with fellow centurion Marnus Labuschagne, headlined Australia’s first-innings total of 364 on the opening day of the Test. Coming in at the fall of Usman Khawaja’s wicket with the score on 70-2, Smith stitched together a 134-run stand with Labuschagne, with both batters eventually bringing up their hundreds. It was Smith’s first Test century since January 2021, and 28th overall.

In the 77th over of the innings, a delivery from Jayasuriya beat the outside edge of his bat, turning sharply from middle stump to go past Smith’s forward defence.  Smith, known for his animated gestures at the crease, instantly offered a thumbs up in the direction of the bowler.

The rare lapse didn’t diminish Smith’s run-making, as he continued to keep the Sri Lanka bowlers at bay even after Labuschagne’s dismissal, eventually ending unbeaten on 145. Jayasuriya finished with figures of 6-118, the second-best innings figures by a Sri Lanka bowler on debut.

WATCH: Bhuvneshwar Kumar cleans up Jos Buttler with peach of a delivery in 1st T20I – ENG vs IND 2022