Five Questions For England After Their T20I Series Defeat To India 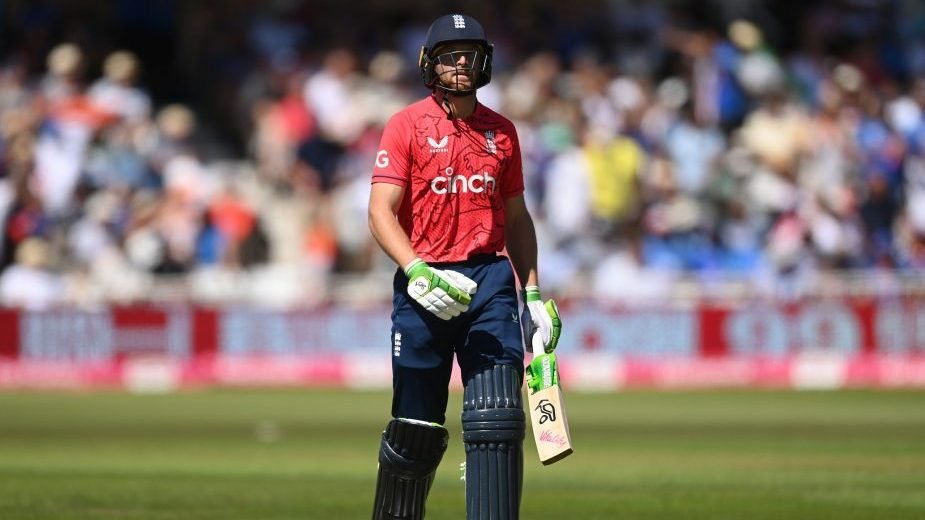 England suffered a 2-1 T20I series defeat against India. We have a look at five questions to come out of the three-match series.

Is it crisis time for England?

England have lost seven of their last ten T20Is dating back to their defeat to South Africa in the final group stage game of the 2021 T20 World Cup. It is a record that will cause some worry, particularly with the 2022 T20 World Cup now just three months away. But, caveats exist. Bilateral series are often as much about learning as they are winning and England will also expect/hope to have all of Mark Wood, Adil Rashid, Jonny Bairstow and Ben Stokes back for the World Cup. The side that has lost to India will be very different to the one walking out in Australia. Nevertheless, winning is a habit and it is one that England will hope to get into in their upcoming three match series against South Africa.

Should Jos Buttler do it all?

This was Buttler’s first series as the permanent white-ball captain and in three innings he managed just 22 runs, including a golden duck in the first game of the series. It’s a small sample size, but given his status as arguably the best white-ball batter in the world and the additional pressure of captaining the side, would England be better off if their superstar opener let go of the gloves in order to have one less thing to worry about?

Who is Adil Rashid’s back-up?

This series was a missed opportunity for Matt Parkinson who, with Adil Rashid absent as he undertakes the Hajj pilgrimmage, had an opportunity for a run in the side. However, his first outing was expensive and he was trusted with just two overs in the second T20 before being left out altogether for the third. If, for whatever reason, Rashid were to be unavailable for parts of the World Cup, it isn’t clear whether England would rather plump for Parkinson as a like-for-like replacement or opt to rebalance the side with an extra batter.

What is the best balance to the side?

In the first two matches, England opted to field an extra all-rounder in order to have an additional option with the ball, before going for the extra batter in Phil Salt in the third and final match. England’s decision to go for an extra bowling option had been framed as a shift in identity from Morgan’s reign to Buttler’s. However, CricViz’s Freddie Wilde noted that England have rarely been wedded to one philosophy or the other, picking the extra all-rounder in 52 percent of T20Is since 2020. Nevertheless, it will be an ongoing debate for the England team what balance they believe will be best, and a big total and a win in the third T20I may tilt the discussion.

England picking the all rounder over the extra batter in this series has been framed as a ‘rebalancing’ but since 2020 England picked the extra all rounder in 52% of T20Is. It was only once Curran was injured that they moved decisively towards batting-heavy. #ENGvIND

Has Malan cemented his place, or is there room for a bolter?

Malan’s 77 off 39 in the final innings was a timely knock for the left-hander who had been experiencing a lean run of form with the bat, averaging just 21 with a strike-rate of 105 from his previous ten appearances. Previous criticisms of Malan have been his slow scoring rate at the beginning of his innings, however here he was quick from the start and played brilliantly just as his spot was coming under pressure. If the likes of Phil Salt or Harry Brook are to break into the XI, they have their work cut out for them.

Marks Out Of 10: Player Ratings For India After Their 2-1 T20I Series Victory Against England