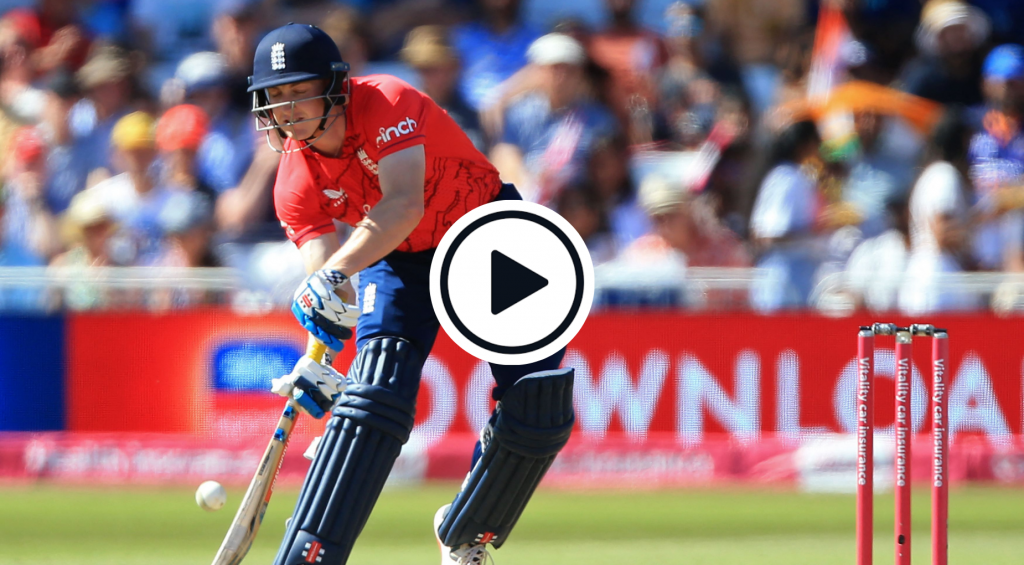 Watch: Harry Brook played an incredible reverse-ramp off the bowling of Avesh Khan during England’s third T20I against India at Trent Bridge.

Brook, who arrived at the crease with the score at 169-5 with three overs of the innings remaining, played an excellent cameo, scoring 19 off just nine balls.

He scored boundaries off both his first two deliveries, the first a strong pull shot through square leg, and the second a fantastic reverse-ramp.

Brook had shaped to try and ramp the ball over fine-leg, but Khan adapted his line to follow the right-hander and cramp him for room.

But, whatever Khan could do, Brook could do better, as he changed his grip at the last moment to direct the ball towards third man rather than fine leg and deflect the ball away to the boundary for four.

Brook’s fast paced 19 would help England to a total of 215-7 off their 20 overs as they looked for a consolation victory against India after suffering defeat in the first two games of the series.