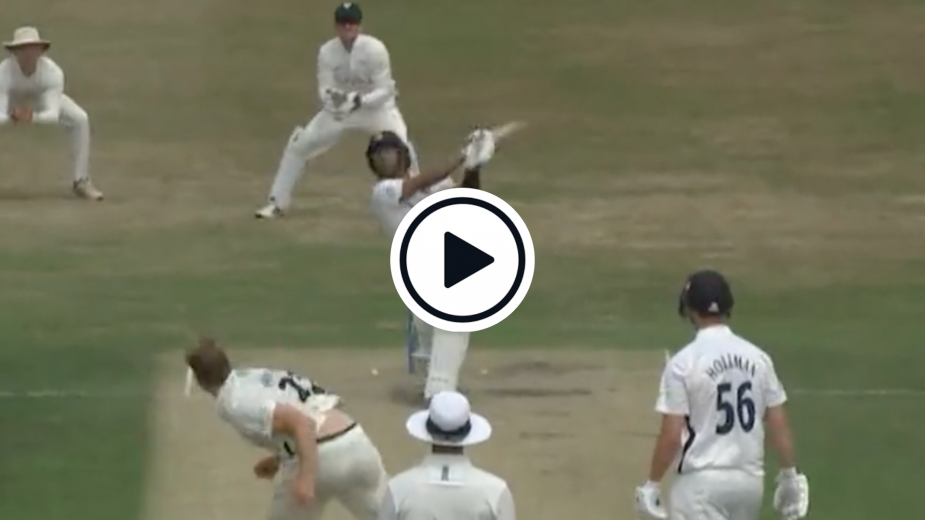 Umesh Yadav smashed a straight six off Worcestershire quick Dillon Pennington on his way to an unbeaten 44 off 41 for Middlesex in the County Championship on Wednesday.

Making his debut for the county side, Umesh bounced back from a duck in Middlesex’s first innings to contribute a hard-hitting cameo in his next go with the bat.

His stay included five fours and two sixes, with his first maximum a smash over the long-off boundary off the bowling of Pennington. Left-arm spinner Josh Baker also came in for a hefty blow as Umesh took Middlesex to a third-innings total of 240, setting Worcestershire a target of 238.

Middlesex announced the India paceman’s signing on Monday, with Umesh to spend the rest of the summer at the county playing red-ball and 50-over cricket. Umesh took two a single wicket in each innings, including that of Worcestershire’s second innings centurion Ed Pollock, who was caught on the boundary by Max Holden after attempting a pull shot. Middlesex eventually lost the game by seven wickets.

His last Test appearance came this January against South Africa at Cape Town, where he took two wickets in a seven-wicket defeat for India.

You can watch Umesh’s straight six off Pennington below:

Quiz! Name Every Cricketer To Play A Men's T20I For England