Barmy Army Tried To Troll Tendulkar And Ganguly : Indian superstars galore at the iconic Lord’s Stadium when India and England met on Thursday for the second ODI of the ongoing series, which the visitors lead by 1-0 following their emphatic 10-wicket drubbing over the hosts at The Oval a couple of days ago.

A number of legendary Indian cricketers were present in attendance for this game – including former openers Sachin Tendulkar and Sourav Ganguly, and others such as MS Dhoni, Suresh Raina and Harbhajan Singh. 2-time World Cup-winning West Indies captain Clive Lloyd also made his presence felt at the venue where he won the West Indies world cup finals in 1975 and 1979. 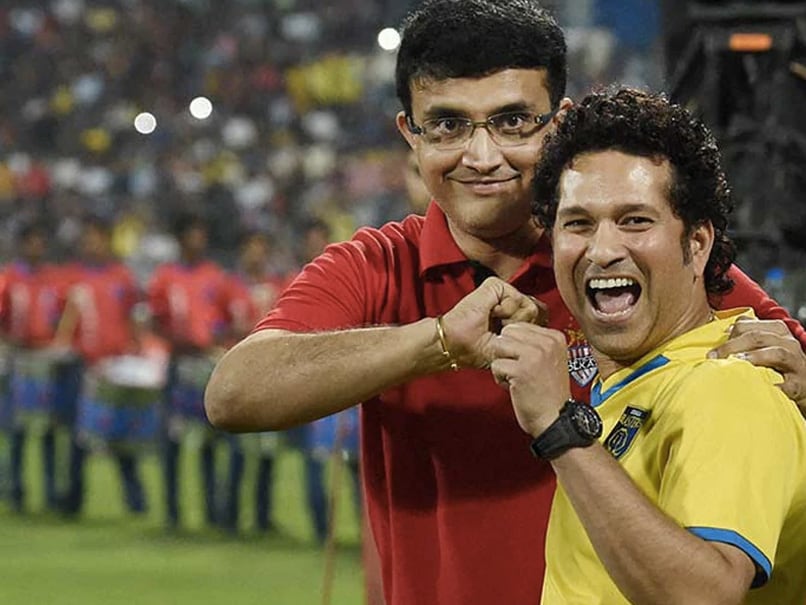 Tendulkar has been on a vacation for a while now. He landed in the UK with his family and was part of Ganguly’s pre-birthday celebrations as well. Tendulkar’s wife, Anjali, was also seated beside the duo.

Barmy Army trolls Tendulkar-Ganguly and gets trolled back by fans

The crowd was elated to see the duo of Ganguly and Tendulkar and gave them a big cheer when they were shown on the giant screen.

The Barmy Army, though, decided to troll the iconic Indian duo with some cheap banter to get on the nerves of the Indian fans. Pretending that the former openers aren’t quite famous, The Barmy Army fan group took to Twitter and wrote: “Anyone recognise these fellas in hospitality at Lord’s? Seem familiar #ENGvIND.”

Anyone recognise these fellas in hospitality at Lord’s?

This tweet from the Barmy Army which disrespected two of India’s greatest ever expectedly got some epic responses from Indian fans who brought up the times when Tendulkar and Ganguly had hammered the English, including Ganguly’s iconic shirt-waving celebration after winning the 2002 Natwest Final at this very venue.

Here are some of the best responses:

Should have called flintoff

The owner of lords @SGanguly99

Even your ground is named after our 12th man, talking about levels

Meanwhile, speaking about the Lord’s ODI, Rohit Sharma won the toss and elected to field first once again. Virat Kohli, who missed the Oval ODI due to a groin injury, is not fit and slotted back in the eleven replacing Shreyas Iyer.