Watch: Virat Kohli Fishes Outside Off And Edges David Willey Behind To Extend Century Drought 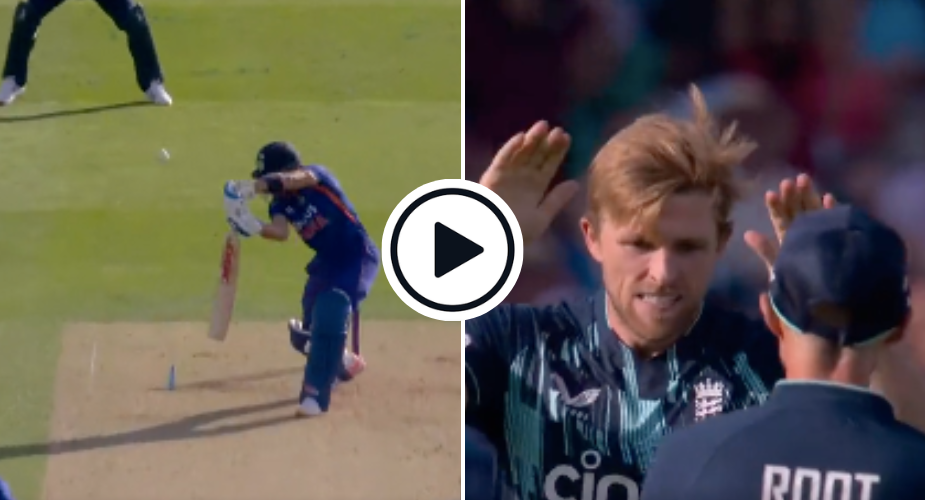 Watch: Virat Kohli succumbed to another low score as India’s top-order collapsed at the hand of England’s pace attack during their second ODI against India at Lord’s.

The former India captain made an early batting appearance in London, with Rohit Sharma falling for a 10-ball duck to Reece Topley, putting India’s chase of 247 in trouble. The pursuit became trickier as the hosts firmly put themselves ahead, with Topley sending back Shikhar Dhawan six overs later.

In those six overs, Kohli teased fans with three hits to the fence, getting off the mark with a straight drive off Topley. The hopes of reaching the elusive 71st international century were soon extinguished though: the 25-ball stay concluded with a gentle poke outside off stump at a David Willey delivery that angled out. Jos Buttler completed an easy catch to make it 31-4 in the 12th over.

This is some spell. Kohli departs…