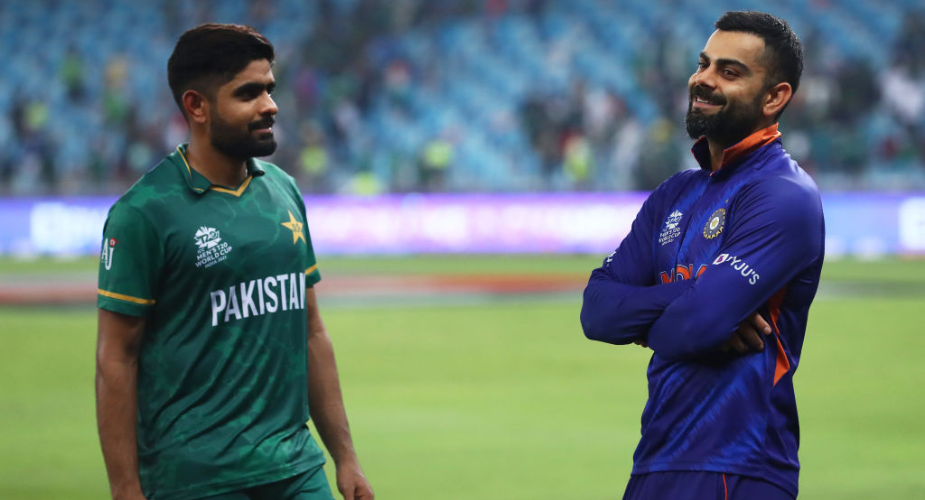 Babar Azam has been praised for extending his support to Virat Kohli after the latter’s poor run of form continued in the second England-India ODI at Lord’s on Thursday.

Kohli, who missed the first ODI against England due to a groin injury, started off his innings with a punch down the ground for a boundary in the second ODI and hit two more fours in the next three balls off Reece Topley. His second boundary was slapped through mid-on for another straight drive, while the next four was hit in the gap through extra cover. However, he was dismissed soon after, nicking to the keeper as he chased a ball going away from the body.

Moments after the game ended, Babar took to social media, coming out in support of Kohli, sharing a picture of the two players from the T20 World Cup last year along with a caption that read, “This too shall pass. Stay strong. #ViratKohli.”

Babar later explained the reason for his tweet during a press conference ahead of the first Test against Sri Lanka on July 16. “As a player, you can go through times like these. In such times, you need support. He’s one of the best players there is, and he knows how to get out of this. It might take a bit of time, and the more we back him, the better.”

The six-word tweet went viral soon after, with former cricketers and experts quick to praise Babar for his gesture.

Best tweet this cricket season Trollish fans of Babar & Virat are forever pitching the two against each other. Creating ugly virtual dogfights. And here is @babarazam258, among the top batsmen in world cricket today, being a GRACIOUS sportsman. This is what sport is all about! https://t.co/aI8a9pt2hj

Babar Azam is pure class. With one tweet he has won many hearts and has broken barriers built by history, well done young man #cricket #CricketTwitter https://t.co/sw3i00WhKg

What a beautiful gesture and show of support by @babarazam258 for @imVkohli https://t.co/adoeJaRnM4

The 14 English Openers Tearing Up The 2022 County Championship