The 14 English Openers Tearing Up The 2022 County Championship 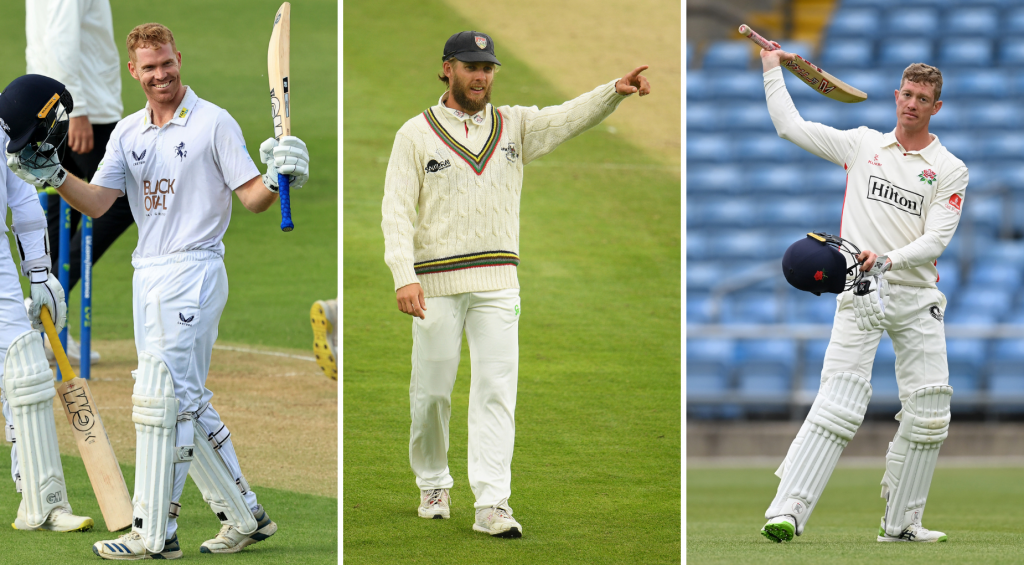 In recent years, opening the batting in England has been one of the hardest jobs in world cricket.

Canny seam and swing bowlers, a helpful Dukes ball, conducive pitches and a fixture list pushing games into early April and late September have left openers at the mercy of the fates. During the 2021/22 Ashes, Zak Crawley said “34-35 is a very good average for an opener these days” and looking at the returns of new-ball facers around the land, he had a point.

However, this season has seen a glut of openers around the land churning out the runs, with a much-debated batch of Dukes balls perhaps a factor. While there is no suggestion from within the England camp that they are looking to make a change atop the order, with Crawley contributing a key innings in England’s record-breaking Edgbaston chase against India, if they do decide to look to the shires, for once, there are plenty of candidates.

In total, 14 England-qualified openers have made 500 runs in the County Championship this season at an average of 40 or better. Here’s a look at how they have fared.

Ben Compton (1,108 runs at 79.14, four hundreds), Crawley’s opening partner at Kent, has shown no signs of stopping even after missing out on making 1,000 first-class runs before the end of May on a technicality. He’s trailed by erstwhile England opener Keaton Jennings, who made 313 of his 771 runs in a single innigns against Somerset. Two other hundreds and an average of 96.71 show that was far from a one-off show.

Sir Alastair Cook, as he always is, is there or thereabouts. He has 658 runs at 50.61, with his four hundreds the joint-best in the land, while both Rory Burns (570 runs at 47.50, three hundreds) and Dom Sibley (538 runs at 41.30, two hundreds) have responded to their England axings by racking up the runs, and each with hints of an improved tempo at times too.

Chris Dent, who Gloucestershire fans will tell you should have played for England long ago, has followed up a couple of fallow years with another fine campaign, totting up 547 runs at 54.70, with two hundreds, while Adam Lyth, another tried and discarded England opener, is in the mix too, with 535 runs at 41.15 and a pair of tons.

In Division Two, perhaps as you would expect, there is more of a mix of England knowns and up and coming unknowns. Three counties provide six of the seven outstanding English openers in the competition: Middlesex, Sussex and Durham. For the Seaxes, it’s a pair of ex-England men, and while the early-season hype, as it often is, was around Sam Robson (578 runs at 44.46, three hundreds), it is actually Mark Stoneman who has put together the more impressive campaign, with 690 runs at 46.00, although he does have one fewer hundred than Robson.

While Sussex are struggling for results, languishing second from bottom in Division Two, in Ali Orr and Tom Haines they have perhaps the country’s two outstanding uncapped young openers. While Haines (604 runs at 43.14, one hundred) will be sidelined with a hand injury for six weeks, and therefore unable to advance his case, Orr has taken the Baz-Ball mantra to heart and is making waves. He has 639 runs at 53.25 and two hundreds, the first of which was a brisk, unbeaten 141 that guided the South coast side’s chase of 342 against Derbyshire with aplomb, in what remains their only victory of the season.

At Durham, Alex Lees has done enough when not on England duty to earn a place on this list, with 583 runs at 64.77, and two hundreds, including carrying his bat for 182 early in the season. However, it’s his teammate Sean Dickson who is the tier’s dominant non-overseas opener, with 750 runs at 68.18 and four hundreds. While the South African-born opener is 30 years old and has plied his trade in England since 2015, this year marks a breakout campaign; never before has he made more than three hundreds, and his highest average in a full campaign is 40.91. He has also never before made 1,000 runs in a first-class season.

Outside of those three counties, Haseeb Hameed, hearteningly, is the other opener to meet the criteria, with 617 runs at 47.46 and two hundreds. After a torrid Ashes campaign and faced with a tricky Trent Bridge surface, his success is another show of resolve from a player who has already displayed plenty.