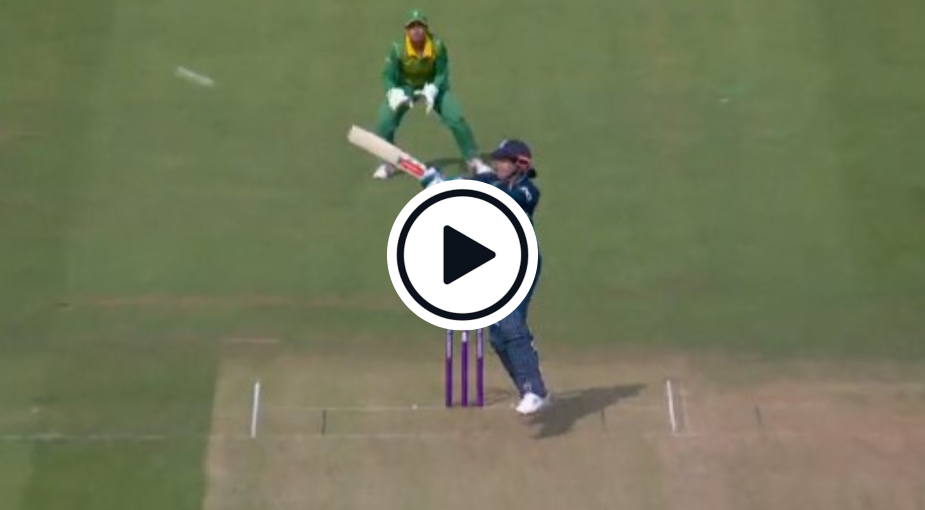 Dunkley, on 66 at the time, had already taken ten runs off of Shabnim Ismail’s over when the South African quick dropped short outside of off-stump.

Dunkley, who earlier in the over had hit Ismail for a six over long-on, leapt with both feet in the air as she cleanly struck her cut shot and saw it sail over the boundary rope for a second maximum in the over.

This was Dunkley’s 21st ODI and her fourth score of more than fifty. She brought up her first ton for England in the 48th over of the innings with a clip into the legside to reach three figures off of just 87 deliveries.

England finished their innings on 337-5 and are 1-0 up in the three match ODI series between the sides.

Mark Butcher: 'It's Serious Business And I Don't Think The Finals Day Format Is Serious'