‘Why Is This Discussion Happening?’ 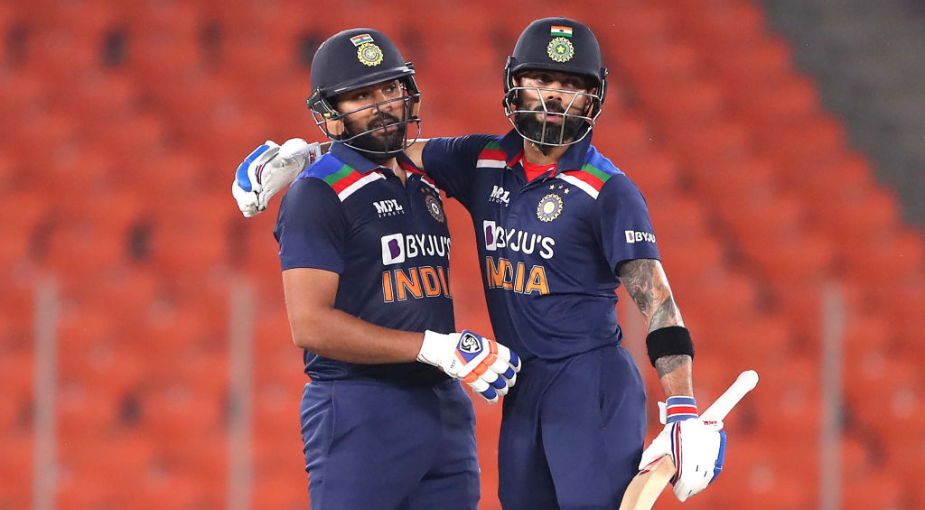 Rohit Sharma has come out in defence of Virat Kohli after the former India captain scored a 25-ball 16 in the second England-India ODI, prolonging his century drought in international cricket.

Kohli has now gone 965 days and 78 innings across formats without an international hundred, having last reached the landmark in November 2019. Since the start of 2021, Kohli averages 47.50 in T20Is, but less than 30 in the other two formats. His Test average in this period reads 29.07 with a best of 79, while his ODI average stands at 28.70 with four fifties from 10 innings.

Kohli, who missed the first ODI against England due to a groin injury, walked out to bat in the third over of the second game with India needing 247 runs to complete a series win with one game to spare. He started off with three straight drives but was unable to get a big score, edging David Willey to the wicketkeeper for his eighth successive score of less than 50 for India.

Rohit, who took over from Kohli as the ODI skipper in December last year, however, remained unfazed by the string of low scores by India’s white-ball No.3, stating that a few good knocks are all that he needs to get back to his old rhythm.

Speaking at the press conference after the second ODI on Thursday, Rohit was asked about the discussion around Kohli and his recent run, to which he replied: “Why is this discussion happening? I can’t understand this. He [Kohli] has played so many matches. He is playing for so many years. He is such a great batsman so he does not need reassurance. I pointed to this in my last press conference, too: form goes up and down, that is part and parcel of any cricketer’s career. So a player like him, who has played for so many years, who has made so many runs, who has won so many matches, he only needs one or two good innings [to bounce back]. That is my thinking and I am sure all those who follow cricket will think similarly.

“We do have chats about this topic, but we should also understand and think when we talk about such things,” he added. “We have seen that the performance of all players goes up and down, but the quality of the player never gets worse. That we all should keep in mind. That is very important. He has made so many runs, check his average, how many hundreds he has made, he has experience of doing that. There is a slump in every player’s life. Even in the personal life, it comes.”

This is not the first time that Rohit has publicly backed Kohli on the ongoing tour of England. After the third T20I on Sunday, the 35-year-old lashed out at experts who were calling for the omission of Kohli from the squad. Kohli made one and 11 in the two T20Is he played over the weekend.

“I don’t know who the experts are,” Rohit said at the time. “I don’t even understand why they are called experts. They are watching it from the outside, they don’t know what is going on the inside. We are building a team. A lot of deliberation goes behind it. There is a lot of thinking behind it. Boys are backed. Boys are given chances. People outside don’t know all these things. It is not important what is going on outside.”

Other than Rohit, Pakistan skipper Babar Azam too extended his support to Kohli on Thursday, tweeting, “This too shall pass. Stay strong.”