Yuzvendra Chahal Created A Big Record At The Lord’s

While it was fast bowler Jasprit Bumrah in the first ODI at The Oval, today it was leg-spinner Yuzvendra Chahal who downed England at Lord’s in the second game. The hosts were bowled out for 246 after Chahal had hurt them with 4 strikes in the middle-overs.

In the first ODI, Chahal was rendered to be almost unused bowling just 2 wicketless overs as the pacers did the damage. Today, though, as Bumrah and Shami went wicketless in their opening spells, it was Chahal who once again proved his worth in the middle-overs of ODI cricket finishing with figures of 4/47.

These figures helped the leg-spinner create a new record among Indian bowlers: although he wasn’t able to get his name on the Lord’s Honours Board, Chahal now has the best bowling figures by an Indian in an ODI at Lords!

Breaking a 39-year-old record, he bettered the previous best figures- by Mohinder Amarnath, of 3/12 from the 1983 World Cup final. Ashish Nehra with 3/28 and Harbhajan Singh with 3/28 are next in line.

It was Hardik Pandya, who came on as the first-change bowler and took the first wicket of opener Jason Roy. After that, Chahal spun his web by nipping out four big scalps – Jonny Bairstow, Joe Root, Ben Stokes and Moeen Ali, who all got out while trying to attack the wily spinner.

Chahal first struck in his second over, the 15th, with the big wicket of Jonny Bairstow who was starting to grow in confidence with 6 fours that he had already hit to reach 38 runs. He went for a big slog against Chahal, but the ball was full and pitched on the leg; Jonny missed his hit and the ball hit the leg stump. 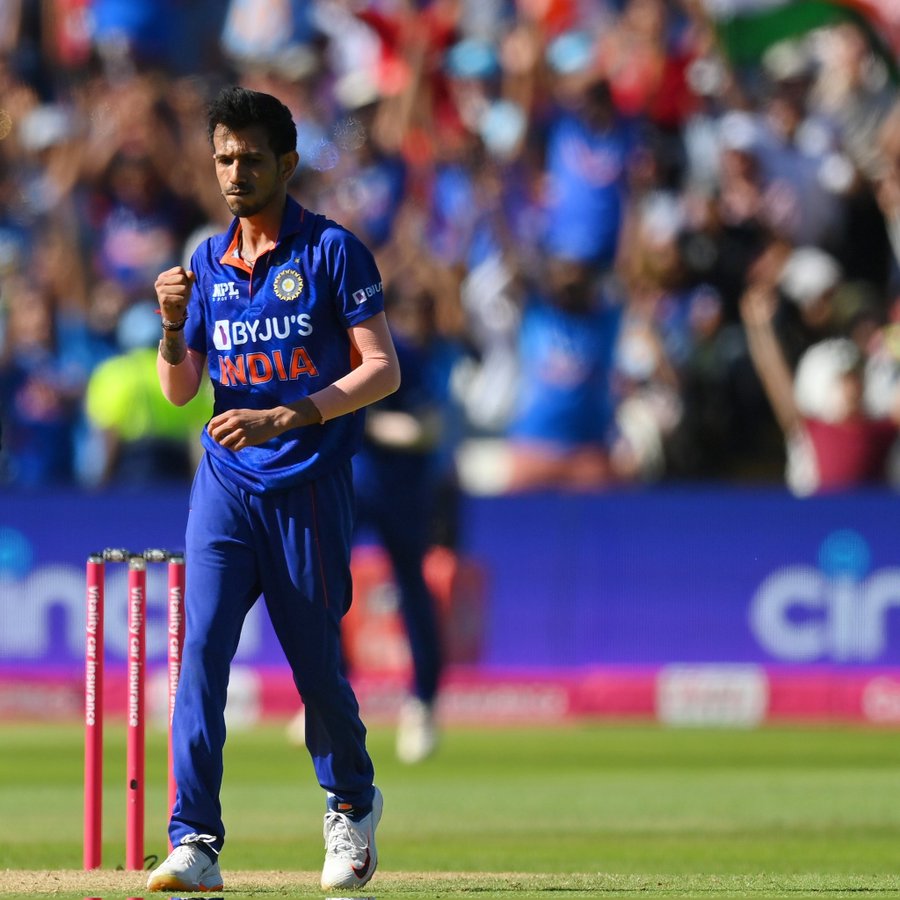 Two overs later, Chahal had another in-form batsman – Joe Root – who went low but missed his sweep to another loopy delivery in line with the stumps, that, on review by Root, was shown to be crashing into the stumps.

Ben Stokes played audaciously and succeeded for a while- reverse sweeping Chahal for two boundaries, but the leggie had the last laugh as Stokes missed his third reverse sweep and was plumb lbw. Moeen Ali fell to Chahal, caught at deep mid-wicket by Jadeja when he mistimed one slog as he hunted boundaries in the late overs.