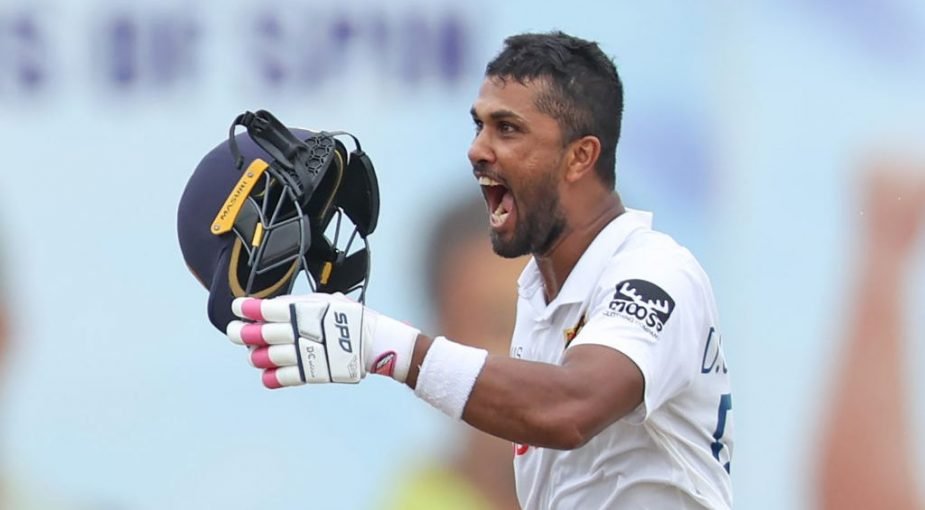 After going through a three-year period of silence, Dinesh Chandimal might have found a second wind in his Test career, one that could push his stature higher than it has ever been, writes Aadya Sharma.

Dinesh Chandimal has seen much better days in Sri Lanka cricket. His first Test was a landmark one – Sri Lanka’s first-ever win in South Africa – achieved through a thumping 208-run knockout in Durban. The 22-year-old debutant made handsome contributions, scoring twin fifties from No.7, but it was overshadowed by centuries in either innings from the bigwigs, Kumar Sangakkara and Thilan Samaraweera. It would have been easy to feel lost in a line-up that also included Mahela Jayawardene, Tillakaratne Dilshan and Angelo Mathews.

More than a decade later, Chandimal is one of the senior figures. Mathews is still around, but the rest of the starry cast is long gone, leaving in its wake a brittle batting future. Sri Lanka are not the team they once used to be, and part of the problem is how those earmarked to be future giants could never quite make it that big.

Chandimal has been one of Sri Lanka’s leading men through the transition, but hasn’t been able to quite extend the good into the great. He’s hit 13 centuries in 68 Tests – two more, and he’ll be into Sri Lanka’s top five – but the big ones have often been preceded and succeeded by a string of half-baked scores.

The array of low scores turned into a full-blown lean patch over the past three years: his average in 2019, 2020 and 2021 stood at 14.57, 35.25 and 23.00 respectively. His Test average, which had perenially been over 40 – right from his fifth Test in 2013 – dropped into the thirties last March. For a side that finished seventh out of nine in the previous World Test Championship cycle, it would have been difficult to see their talismanic middle-order enforcer suffer such decay in form.

In 2019, while still the captain, Chandimal was dropped from the Test squad for the South Africa tour, and was asked to return to domestic cricket to find form. His century in Gros Islet in June 2018 remained his only three-figure score for the next four years, as he battled attacks around the world with little success. In 30 innings that followed, up until the end of 2021, he had only four half-tons to show. In July 2021, there was a different issue brewing – Chandimal had written a letter to Sri Lanka Cricket, seeking clarity on his international future, following a fallout between the board and the players over contracts.

Cut to July 2022, and things have changed significantly. Amid all the external chaos, in their administration and the country as a whole, the Sri Lanka side have been fighting through, and are third on the World Test Championship table, putting themselves firmly in the mix for an appearance in the final. Chandimal has been at the centre of a remarkable resurgence, shutting down the lean patch with a resounding return to form. It began with a 66 against Bangladesh in Chattogram, his highest score in 13 innings, before pounding 124 in Mirpur to bring an end to a four-year-long century wait. The mightiest effort was reserved for this month – after 11 years at the Test level, Chandimal finally notched a double hundred, playing a stellar role in Sri Lanka’s first innings win over Australia.

That innings could hardly have been more vital. Following a thumping in the first Test, Sri Lanka saw their side decimated by a slew of positive Covid-19 tests on the eve of the second. Australia then had Steve Smith end his own century drought and Marnus Labuschagne make his first overseas Test hundred, seemingly slotting two more pieces into place in their quest for world domination.

Chandimal walked in with a good platform, his side 186-3. But when Angelo Mathews fell, Sri Lanka were still almost 100 runs behind. With batting last set to be treacherous, the hosts needed a mammoth first-innings lead. Chandimal’s double, the highest Test score for Sri Lanka against Australia, gave them plenty, and a series-levelling victory was secured.

And the run-piling has only continued: against Pakistan on day one of the Galle Test, where the rest of his teammates succumbed to Shaheen Shah Afridi’s brilliance, Chandimal stood tall, scoring 76 out of the side’s 222. Without him, Sri Lanka might have folded, and could already be out of the game. But having reduced Pakistan to 24-2 at stumps, they are still in the contest.

He’s not lost in a batting lineup of stars anymore. He is one of the stars. At 32, more such days could push the good to the great. The average is back up to above 40, the best it’s been in three and a half years. He might not be the captain anymore, but Chandimal could finally be on the path to becoming Sri Lanka’s main man.