Ireland Captain Andrew Balbirnie Made A Heartfelt Request To ICC: Ireland vs New Zealand ODI series turned out to be a complete entertainer, however, it came to a dramatic ending, with the hosts incurring a 1-run defeat while chasing a target of 361 runs. The Ireland cricket team has had two heartbreaking losses, which not only cost them the series but also some crucial World Cup Super League points as well.

After the conclusion of the 3rd ODI match, Ireland captain Andrew Balbirnie made a heartfelt plea to the ICC, asking to organize more such series.

Thanks for a great series @cricketireland. Now we head to Belfast for the T20 series starting on Monday. #IREvNZ pic.twitter.com/0dzNHTsS7r

Well, it isn’t often that Ireland gets to play against the top international teams. However, the Ireland team has managed to impress one and all with their dedication and immense fighting skills. After displaying their mettle against team India recently, Ireland put up a great fight against New Zealand in all three ODI games. While they lost the first ODI match by just 1 wicket, they lost the second ODI by 3 wickets.

The 3rd ODI match turned out to be a full-on entertainer. Chasing a target of 360 runs, Ireland fell short of just 1 run to win the game. 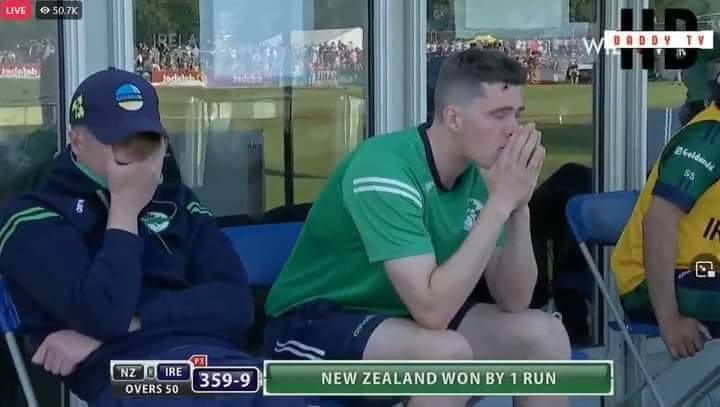 Speaking at the post-match presentation ceremony, Andrew admitted that Ireland needs to play against op opponents more often. He said: “It was an amazing game, I think we did pretty well. It (lost games) has been a bitter pill to swallow. Those were two of the better hundreds in Irish jerseys, put us in a better position. Outstanding, he (Tector) can be proud of his effort, two hundreds in one week. We want to play these games regularly. It’s a shame we don’t have any ODI games left for the year, but we do have some T20Is to be played,”

Notably, Ireland doesn’t have a single ODI match scheduled for the remainder of this year. They will be locking horns in the shortest format of the game, which could be crucial, considering the upcoming T20 World Cup 2022.

'This Isn't Candy Crush' - Shoaib Akhtar Lashes Out At Criticism Of 'Greatest Player In The Last Ten Years' Virat Kohli, Backs Him To Score 100 International Hundreds