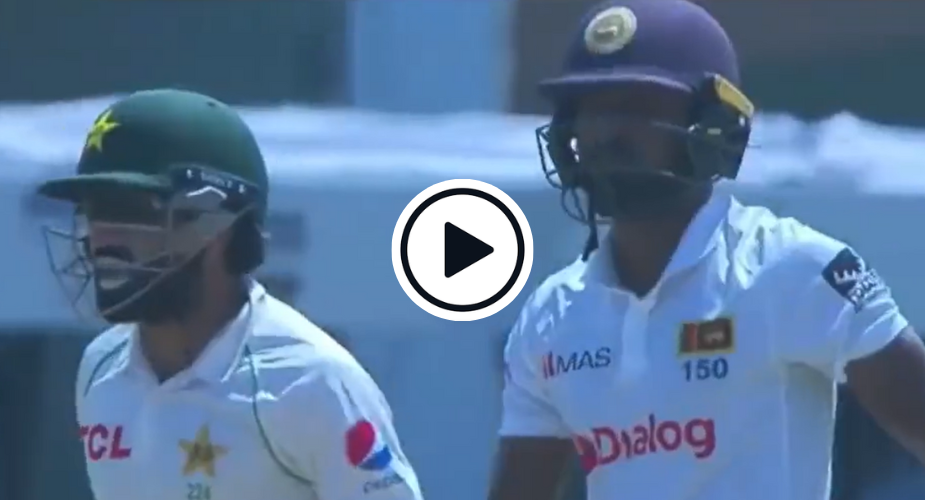 Watch: Mohammad Rizwan was at his chirpy best, muttering a few words in Sinhalese during the first Test between Pakistan and Sri Lanka at Galle.

The incident occurred in the 13th over. Yasir Shaw, who was making a comeback into the side, bowled the ball on a full length outside off stump. Sri Lanka batter Oshada Fernando reached out and defended the ball into the off side. Rizwan, who seemed impressed by Yasir’s delivery, showed off his Sinhalese skills. It wasn’t clear what he exactly said, although it was along the lines of praising his bowler.

Fernando was taken aback initially, considering Rizwan is not known to speak Sinhalese. After a moment, though, he sported a smile, perhaps in awe of how multi-lingual the Pakistan wicketkeeper was.

On the field, Sri Lanka didn’t endure a great day. They reduced Pakistan to 24-2 at the close of play on day one but had earlier been bundled out for 222. Dinesh Chandimal, their hero from the previous game, top-scored with 76. Maheesh Theekshana, who’s not known for his batting exploits, was the second highest run-getter, courtesy of his 38-run knock.

Despite the loss of Abdullah Shafique and Imam-ul-Haq, Pakistan will fancy their chances of taking a lead in this contest. Rizwan could be crucial in that endeavour and it will be interesting to see how the Sri Lankan fielders greet him when he walks out to bat.