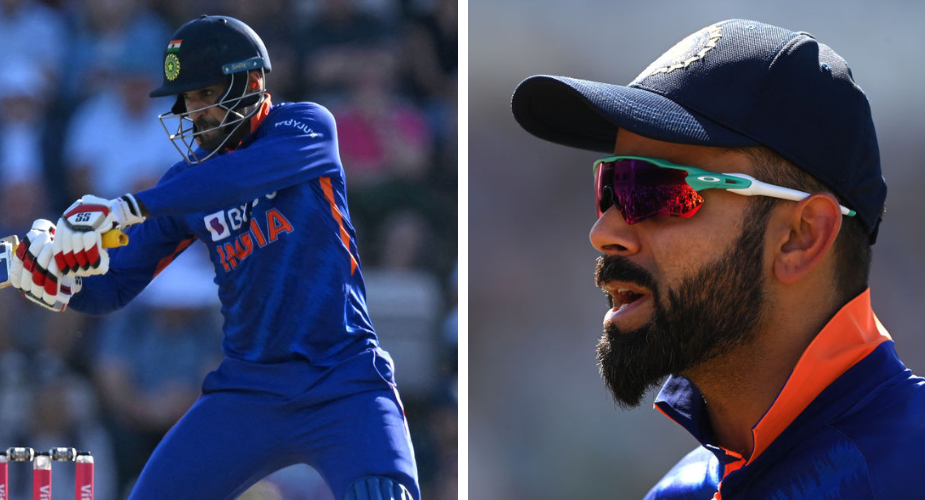 As many as 41 players have played a T20 International for India since the start of 2021, with many staking a claim for a spot in the squad for the T20 World Cup by virtue of some fine performances. Here’s an XI made up of India’s best T20I players, if the global event was to be held today.

KL Rahul and Deepak Chahar have not been considered due to their respective injuries. Recent form and adaptability to various situations have been taken into account instead of past heroics, which see a star player miss out.

Here is India’s best team for the T20 World Cup at present.

Though he has recorded just two fifties in this period, his aggressive approach is a welcome change from India’s previous tactic of starting off cautiously and keeping wickets in hand before picking up in the last few overs.

Pant has a T20I average of 22.58 and a strike rate of less than 125 after 50 games – numbers that traditionally should not warrant an automatic selection in the side. Pant, though, had been asked to open the batting in the last two T20Is against England, and the promotion could turn around his fortunes in the format. He made 26 off 15 in the second match, and a five-ball one in the third T20I, but this is an opening pair who could taste much success.

Rahul’s injury opens up a slot at the top, which also allows India to field a left-hand-right-hand combination. Pant, a Test beast, has failed to convert his performances in white-ball cricket, with the pressure of finishing an innings and going after ball one seemingly affecting his game. However, opening allows him a free hand to express himself, a template that has gotten him success in Tests, and he could prove to be one of India’s biggest match-winners across formats going forward.

Arguably one of the cleanest hitters of the ball going around, Suryakumar became only the fifth Indian to make a T20I hundred, when he smashed 117 in 55 balls in the third T20I against England. He has a strike rate of 177.22 in the format, the best among all India players with at least 25 runs since the start of 2021.

Unfazed against the best of bowlers – many still remember his six off Jofra Archer to get off the mark in international cricket – Suryakumar’s promotion to No.3 gives him more time at the crease, thus allowing him to have a bigger impact on the game.

Hooda has been on a roll in the last few months. After ending the recent IPL as the sixth leading run-scorer from India, he made the most of his chances on the tour of Ireland and then England. After smashing a crucial 47* whilst opening in the first T20I against Ireland, he went on to hit 104 in 57 balls, becoming just the fourth T20I centurion from India.

He was the side’s highest run-getter in the warm-up game against Derbyshire, scoring 59 off 37, before scoring another rapid 33 off 17 deliveries in the first England T20I. In the course of the last few weeks, Hooda has shown that he can play spin and quick pace with equal ease, and the array of shots at his disposal despite the conditions makes him a must-pick.

A fit Hardik would be one of the first names in any India T20I XI. His presence not only adds depth to the side, allowing them to field an extra batter, but also adds a bit of leadership experience. The captain of the victorious Gujarat Titans in the 2022 IPL, Hardik can easily switch into multiple roles according to the demands of the team. He can come in early and bat as an anchor – as he showed in the IPL – or can play the role of a finisher as he has been doing for India over the years. He can be trusted to bowl with the new ball, and is a safe fielder as well, making him a reliable player for any situation.

Karthik’s journey has been a roller-coaster, but his hard work has paid dividends, and, in current form, should be one of the certainties in India’s XI for the T20 World Cup. After a blistering IPL, where he averaged 55 and struck at 183.33, Karthik was given a chance to don the India colours again. Though he has registered scores of less than 15 seven times in his last nine T20I outings since his comeback, the numbers should not be taken at face value. Karthik has walked out in the death overs more often than not, which reduces his ability to get a big score. When he did walk out earlier, against South Africa at Rajkot after India slipped to 81-4 in 12.5 overs, he stuck around on a tacky wicket, eventually scoring a match-winning 55 from 27 balls. His strike rate and his ability to bat fearlessly against the best bowlers in the death make him a real threat.

T20Is might not be his best format, but Jadeja’s still an all-round weapon – beyond his left-arm spin, his batting and overall impact ensure he makes the cut. And while he averages 66 with the ball this year in the format, having leaked runs at 9.42 an over, his batting strike rate of 175.71 in 2022 is hard to overlook. The presence of Hardik in the side means that Jadeja can get away without finishing his quota of overs every game. He is also one of India’s best fielders at present, if not the world.

The pace bowler has reinvented his game, rising back from his slump to become one of India’s trusted players in the format. His death bowling needs no mention, and his recent dismissal of Jos Buttler with an inswinging beauty reveals how lethal he can be with the new ball. He can also chip in with extra runs with the bat.

Arguably the best all-format bowler in the world currently, Bumrah can be effective across all phases. With a mean yorker, the Mumbai Indians quick’s economy rate of 6.46 in T20Is makes him indispensable.

Though Arshdeep has played just the one T20I, he edges ahead of Harshal Patel for his ability to stall runs at the death, an aspect Harshal has struggled with on occasion, including the second T20I against Ireland where the right-armer went for 54 runs. A left-armer, Arshdeep adds variety to the bowling attack and has shown what he can do under pressure situations in the IPL in the last two seasons, snaring 12 wickets at the death (overs 16 to 20) in the tournament.

The winner of the Purple Cap in this year’s IPL, Chahal showed his variations in the first T20I against Ireland, where he ended with 1-11 to win the Player of the Match award. India have tried a number of spinners in the format of late, but Chahal’s consistency and his ability to bounce back after a slump have ensured he remains India’s No.1 white-ball spinner.

Virat Kohli: Kohli has not been in the worst T20I form of late, even though he has struggled for runs in the other formats. An average of 47.50 and a strike rate of 131.94 since 2021 with five fifties is not the sign of a player lacking rhythm. Still, with the emergence of players such as Hooda and Karthik, and with India looking to adopt a more aggressive approach, Kohli, unfortunately, misses the cut. He can be used as an anchor, but it is a role the likes of Rohit and Hardik can also essay. The manner of Kohli’s dismissals can’t be overlooked, and he, unfortunately, doesn’t find a spot.

Harshal Patel: The bowler has taken 23 wickets from 17 matches at an average of 20.95 with an economy rate of 8.58, but misses out to Arshdeep, the rookie left-arm quick. The Royal Challengers Bangalore bowler has an economy rate of 11 in the death overs in T20Is, and with Arshdeep also adding a left-arm variation to the line-up, Harshal had to miss out.