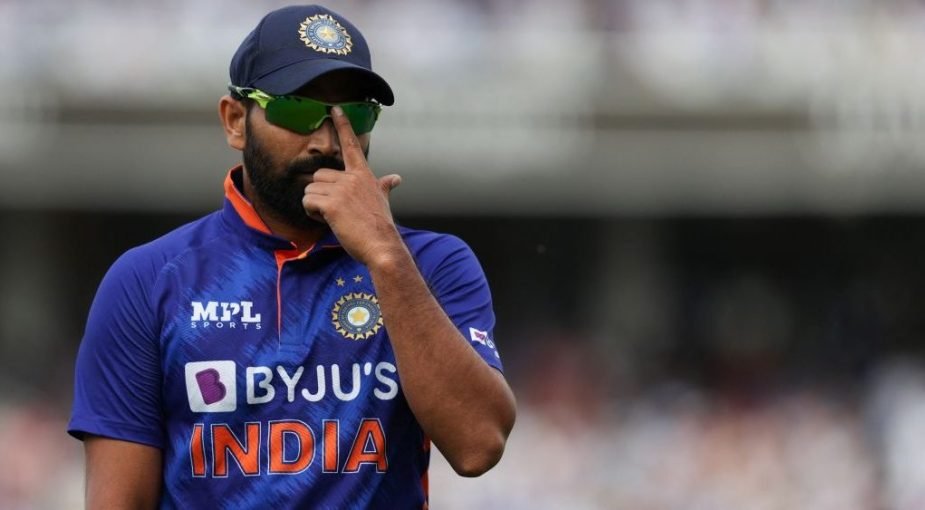 Jasprit Bumrah has rightly hogged the limelight for his frequent moments of magic in ODI cricket. But his new-ball partner Mohammed Shami has arguably been more incisive throughout his ODI career, writes Shashwat Kumar.

The past few years have seen India unearth some of their best fast-bowling talent. Bumrah has performed superbly across formats. Bhuvneshwar Kumar, despite a string of injuries, remains as dexterous an operator as any in T20 cricket. Mohammed Siraj, who made his Test debut only in 2020, has also shown that he can shoulder India’s fast-bowling burden for the foreseeable future.

Another member of that list is Shami – someone who has long been dubbed a world-class bowler in the Test format, but also someone whose ODI numbers have probably not received the recognition they deserve. In 81 matches, the seamer has picked up 152 wickets at an average of 25.47 and at an astonishing strike rate of 27.2.

Shami’s strike rate, by the way, is the best any India bowler has ever mustered in the men’s ODI format (minimum 50 wickets taken). The next best on the list is Amit Mishra, who struck every 29.9 balls in ODI cricket. The difference, though, illustrates that Shami, especially when talking about picking wickets regularly, is in a league of his own.

The numbers, when pitted against bowlers from other Test playing nations (participating in the current WTC), are also very revealing. Shami has the fifth-best strike rate (minimum 50 wickets taken) ever. His tally is only bettered by Corey Anderson, Mitchell Starc, Shaheen Shah Afridi and Shaun Tait. Among those mentioned, only Starc has picked up more ODI wickets than Shami at a better strike rate.

Since the fast bowler’s debut in January 2013, not many have been able to outwit international batters as adroitly as Shami either. During this period, only five players, namely Adil Rashid, Imran Tahir, Starc, Rashid Khan, Trent Boult and Starc have picked up more wickets than the India bowler. His strike rate, too, when considering bowlers from nations featuring in the current WTC cycle, is the sixth-best. Only Starc, though, has played more games than Shami, indicating that the latter has been able to cause mayhem in the opposition batting ranks on a very regular basis.

Shami’s career economy rate, which hovers around the 5.6 runs per over mark, might not be as good as someone like Bumrah. However, when that is stacked alongside his wicket-taking nous, it leads you to believe that Shami, irrespective of what others around him have produced, remains a vital cog in India’s ODI wheel.

The most heartening bit in recent times, though, is how Shami has been able to return to the ODI fold and own it – just like he did at the start of his career. He was pivotal during India’s 2015 World Cup charge, although workload management and loss of form meant that he couldn’t represent India consistently in the years that followed. He only played five ODIs post the Men In Blue’s World Cup campaign and before the start of 2019.

At the 2019 edition, he wasn’t India’s first-choice seamer either, with Bhuvneshwar and Bumrah pipping him to that spot. But when he was called upon, he dazzled with a hat-trick against Afghanistan, a four-wicket haul against the West Indies and a five-for against England. Incredible numbers.

Since then, he has only grown from strength to strength, forming a massive part of India’s irresistible bowling unit and highlighting that he is now as complete an all-format bowler as he has ever been. In the ongoing series against England too, Shami has been one of India’s most enterprising bowlers. Bumrah picked up a six-for at The Oval, although it could be argued that his new-ball partner bowled just as skillfully.

Of course, whenever someone talks about Shami, the inclination is to look at his Test statistics and reminisce how he has dominated the red-ball landscape courtesy of his proud seam presentation.

Among all that, though, the ODI facet of his game is often overlooked. He might not jump out as a ‘white-ball specialist’ in the same way as some of his contemporaries are branded. But he certainly knows how to keep picking wickets. In fact, he knows it better than any Indian bowler to have ever played men’s ODI cricket.

Quiz! Name The Wicketkeepers With The Most ODI Runs As Opener