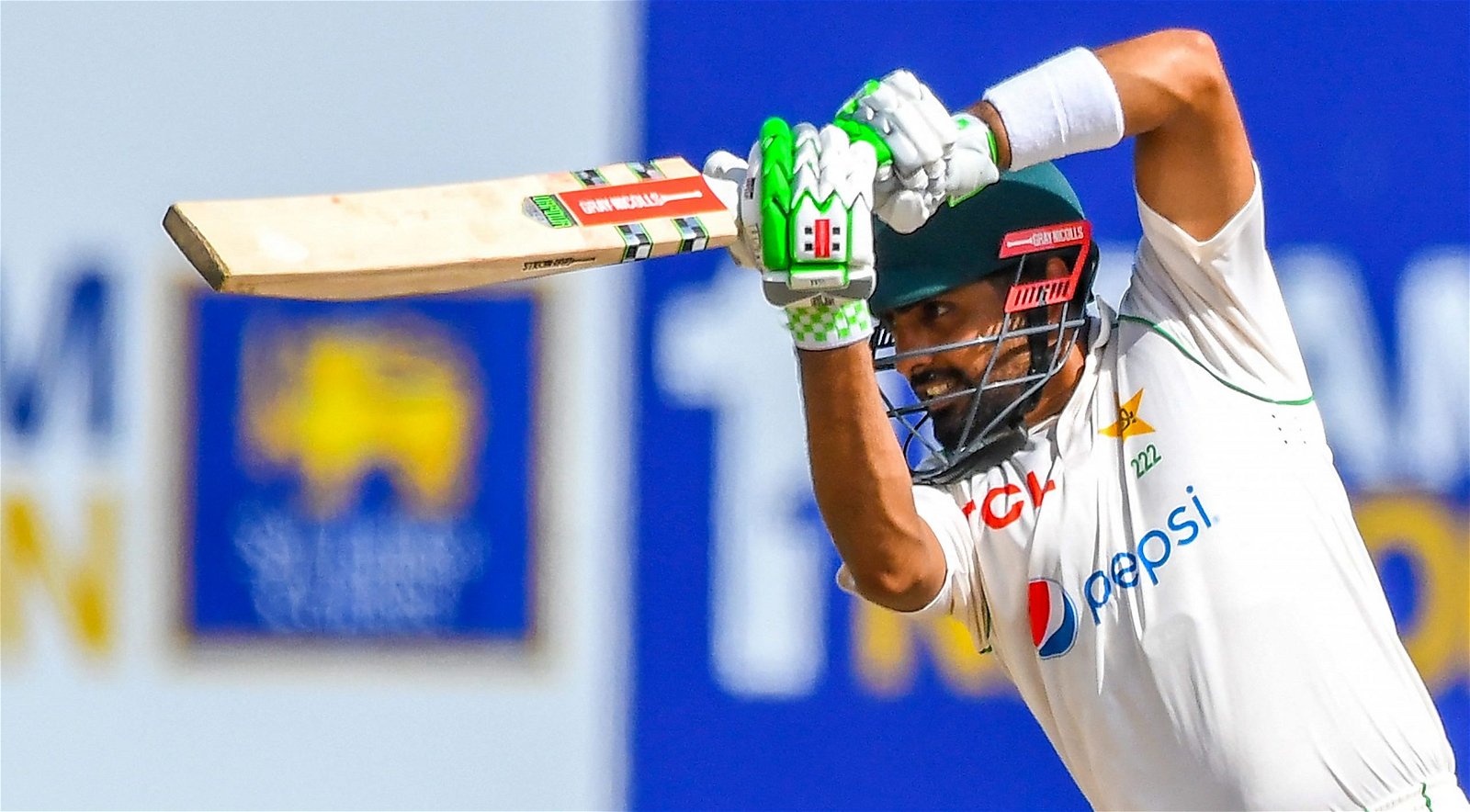 Babar Azam has long been touted for greatness and after a special knock against Sri Lanka at Galle, he took a giant leap towards affirming that status, writes Shashwat Kumar.

Over the years, not many have made batting look as aesthetic as Babar Azam has. The Pakistan captain, blessed with an extraordinary range of strokes, can lean forward and caresses the ball through extra cover. He can also rock back and pull the ball through midwicket. And his back-foot punches, well, they are something worth drooling over time and again.

In white-ball cricket, these moments of magic have materialized ever since Babar made his international bow. Test cricket, though, proved harder to crack, for a time. At the start of his Test career, Babar struggled, only mustering 475 runs across his first 22 innings at an average of 23.75. He had to wait to notch up his maiden century. But in the past few years, that narrative has been flipped upside down. And it reached a crescendo at Galle.

Since the start of 2018, only Kane Williamson averages more than Babar (58.02) in Test cricket (min. 1,000 runs). During this period, Babar has 24 fifty-plus scores – a tally only bettered by Joe Root, who has 34 fifty-plus scores. In this phase, only five batters, Ben Stokes, Dimuth Karunaratne, Marnus Labuschagne, Virat Kohli and Root, have scored more runs than Babar. None, however, has a better average.

When talking about averages since the start of 2020 (minimum 20 innings), Babar stands fourth – only behind Angelo Matthews, Mushfiqur Rahim and Root. The Pakistan captain, however, has a penchant of bagging fifty-plus scores, having done so on 11 occasions. Only Kraigg Brathwaite, Litton Das and Root have managed more.

During his knock at Galle, Babar also became the quickest Pakistan batter to get to 10,000 international runs, breaking Javed Miandad’s record in the process. The latter took 248 innings to get to that mark. Babar, on the other hand, scaled down that peak in 228 innings, illustrating just how special he has been across formats. The Pakistan skipper also went past Kohli to become the fastest Asian batter to reach 10,000 international runs.

Courtesy of the ton against Sri Lanka, Babar now has nine international tons as captain. No other Pakistan skipper has more. So there are plenty of facts and figures which point to Babar having reached the top echelon in all formats. But even considering that, the Galle knock was something else.

Babar strode out with Pakistan tottering at 21-2. At the start of day two, Azhar Ali departed to Prabath Jayasuriya, leaving the visitors reeling at 24-3. The collapse continued and Pakistan, at one stage, were staring down the barrel at 85-7. The pitch was taking turn. Jayasuriya, having taken 12 wickets against Australia last week, added another five-for to continue his own special start to life as a Test cricketer. Babar, though, remained unfazed and went about his business serenely.

He farmed the strike wonderfully and read the situation astutely. Naseem Shah played his part, feeding off the confidence Babar exuded at the other end. Babar was showing everyone that batting wasn’t as hard as the rest had made it out to be.

The best part about the innings, though, was how Babar retained clarity throughout. He defended solidly and as soon as Sri Lanka offered up run-scoring opportunities, he pounced. He initially attacked Kasun Rajitha but once he had forged a partnership with Naseem, he flexed his batting muscles against Jayasuriya and Maheesh Theekshana too.

This knock, in isolation, would rank as one of the best any Pakistan batter has ever played. When considering this was Babar’s first Test innings in Sri Lanka, it becomes even more special. Following on just three innings after his majestic 196 against Australia, saving the Karachi Test, it demonstrates how he has made the spectacular routine.

This was, in many ways, a brazen proclamation by the 27-year-old that he can dominate, irrespective of the conditions, the opposition and the match situation. Babar is now confirmed as one of the best Test batters on the planet and perhaps even has a claim to being the premier all-format batter in the world.

Anyone who witnessed Babar’s genius at Galle, would not need numbers to admit that they watched greatness in the flesh. The array of strokes, the way he makes batting look effortless and the bags of talent he possesses means that Babar has always been touted to scale such peaks. And after his masterpiece at Galle, he stands on the verge of greatness.

Mohammed Siraj Made A Powerful Comeback As He Dismissed Root, Bairstow For Ducks In 1st Over